Limit on losses may be forced on betting industry 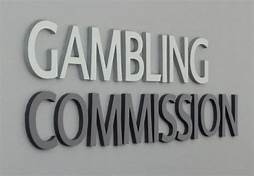 Betting companies could be forced to combat addiction more strenuously if gamblers’ losses can be capped at as little as £100 per month, says the UK Gambling Commission.


The commission is considering setting limits for losses to trigger action and interventions by betting companies to make sure that players are not over-spending. It is responding to media suggestions that the industry is not doing enough to tackle the estimated two million people in the UK considered by the commission to be at risk.

The national newspaper, The Daily Telegraph, reported yesterday that it had seen consultation documents that reveal that more than 50 per cent of the population only has a “discretionary” £250 per month after all other bills. The commission had said that any threshold must take account of the other factors affecting discretionary spend such as travel, sport, leisure and other spend.

The consultation showed data that only 17 per cent of online slot gamblers and nine per cent of slot players had losses of more than £100. It came close to matching the 21 perc ent of players who had admitted to spending more than they could afford – a statistic which is often used by experts in the field of gambling protection.

Some companies, said the commission, set thresholds at “tens of thousands” of pounds that it said was not appropriate in face of the research. The documents said that a £2,000 limit was “neither realistic nor appropriate.” The commission had said that “the lowest possible threshold is likely to be at least £100 loss per calendar month.”

It is all part of a consultation into measures that may be put into place to protect the vulnerable. Other measures include time limits of an hour after which gamblers need to be challenged over their continued betting and curbs on bonuses. 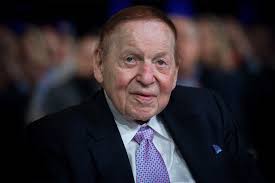 Adelson lobbies for Texas casinos
10 hours ago
Recent Comments
Categories
Recent Posts
18+
Gambling News from NewsCasinoNew.com is made for the most passionate fans of online casinos and internet gambling. We cover everything: from popular gambling world events and trends to new casino slot game releases and reviews, you will find the latest news stories.