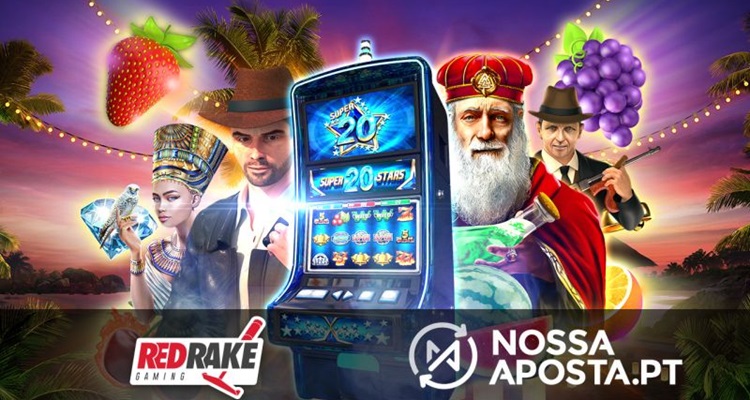 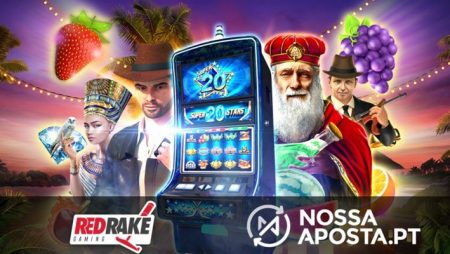 On the heels of obtaining its Romanian license and specialist casino games provider Red Rake Gaming has expanded its presence in the Portuguese online gaming market after partnering with Nossa Aposta from local firm Cofina Media.

The new commercial deal, which is in keeping with its growth strategy, will see the leading Portuguese certified supplier’s range of top performing slots integrated with the Lisbon-based online sportsbook and casino operator by way of aggregation partner Pariplay.

In a recent press release, Chief Executive Officer for Nossa Aposta, Tiago Almeida, explained the significance of the new alliance, stating that there are “strong indicators” that a “more interested and informed public” want to make the most of their online gaming experience.

“We are delighted to sign this agreement with Red Rake Gaming, and offer our players what they would like to find but also to continue our revenue growth with innovative games.”

More about:  Explore mysterious jungles with the new Book of Itza online slot from Pariplay Limited

CEO Almeida adds that for Nossa Aposta players “quality is king,” and that in addition to “hand-picking” their titles, they are “strict about ensuring the player protection is always present. That is why we’re also focusing on additional proprietary content, since content exclusivity is the key to achieve a true competitive edge.”

The Portuguese domain has, since its launch in 2017, grown significantly, having expanded its diverse games suite to over 1,000 slots each of which is HTML5 optimized for play on desktop and mobile. Nossa Aposta also offers live betting and pre-match services while leveraging the efforts of an experienced team.

The growing company is currently in possession of a pair of gaming licenses issued by the southern European country’s gaming and regulation agency, Serviço de Regulação e Inspeção de Jogos (SRIJ), and maintains a diversified portfolio.

Managing Director for Red Rake Gaming Malta, Nick Barr, also commented on the significance of the new collaboration via company press release, declaring that they are “delighted” to welcome Nossa Aposta as its newest partner. He goes on to say that since its inception the company has “continued to make huge inroads” in the Portuguese market and has “gone from strength to strength to become a dominant force” in the country’s online gaming market.

“We are very confident that our high engagement, feature packed games will be a huge hit and resonate well with the Nossa Aposta players and look forward to the upcoming launch.”

As mentioned, the partnership that extends its already substantial footprint in the burgeoning Portuguese iGaming market follows the company being granted a Class II license by the Romanian regulator (ONJN).

The catalyst for the move by Red Rake was the demand from its partners, who in turn were responding to player demand for the supplier‘s top performing titles such as its record breaking Super 15 Stars, Alchemy Ways, Max Dangerous and the Lost Relics, Flamingo Paradise and Tommy Gun’s Vendetta. The slots specialist plans to launch additional content in the Romanian iGaming market throughout the rest of the year.

In a seperate press release, Barr said the recent acquisition is driven by its committment to its clients to continue to deliver their top performing content which resonates well with its Romanian audience.