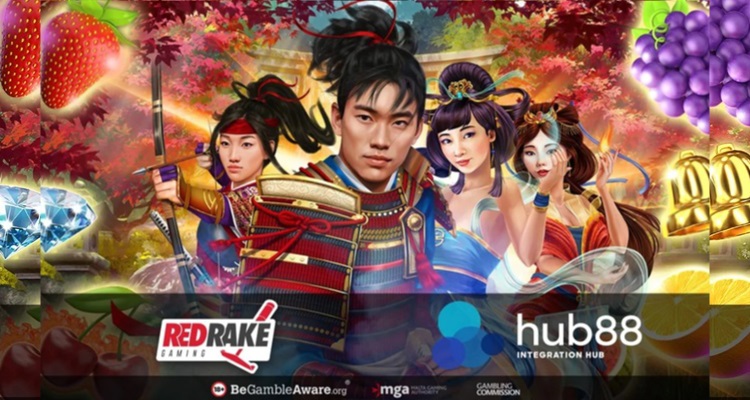 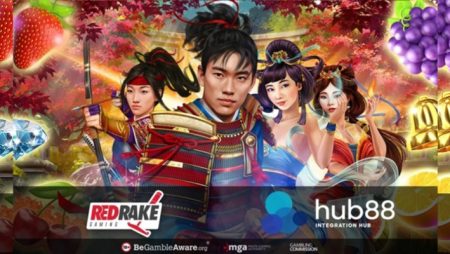 On the heels of releasing its latest hit slot, specialist slots developer Red Rake Gaming has partnered with Estonia-based integration platform, Hub88, having agreed a deal that will see its player-favorite titles distributed to the content aggregator’s operator partners globally.

Under the distribution agreement, which expands its reach across Asia and beyond, Red Rake’s wide-ranging, localized offering will be added to Hub88.io’s ever-growing portfolio.

Included are newly-released titles, such as the popular Japanese-themed Ways of the Samurai; the classic Hot & Win, which comes with an immersive minigame with fire coins that offer constant wins and extra spins with Wild multipliers; the Super Series of games, which recently added the video slot Super 20 Stars, delivering non-stop action to players via bonus games and multiple features; and the exciting genre of games that offer “1 million ways to win,” and enjoy a global following while also being a current favorite in the Asian market.

Also covered in the partnership are Red Rake’s gamification tools, including the recently added progressive real-time tournament tool that allows partner operators to seamlessly set up their own progressive slot tournaments from any of the developer’s titles.

More about:  Mid-States Poker Tour to kick off 12th season this January at the Venetian in Las Vegas

“We are always looking to deliver the very best content to our operator partners, and that’s why we are so thrilled to be adding Red Rake Gaming titles to our ever-growing portfolio.”

Micallef adds that they have been “hugely impressed” by the team at Red Rake and “its approach to building world-class games, and we’re certain that players around the world are going to enjoy hits like Ways of the Samurai.”

“Built by an operator for an operator,” the Tallinn-headquartered content aggregator provides casino operators a platform that is easy to use, and efficient, allowing access to multiple providers via a single API. With a global reach across both Asia and Europe, for fiat and crypto operators alike, Hub88 is making quick work of “becoming the partner of choice.”

Nick Barr, Managing Director for Red Rake Malta, used a company press release to comment on the collaboration, saying, “We are thrilled to partner with Hub88 expanding our reach across Asia and beyond.”

Barr explains that Hub88’s “strong presence” in Asia provides Red Rake Gaming with a platform to continue growing in the region where they are seeing a “great response” to their content. “We are very much looking forward to working with the Hub88 team and what promises to be a fruitful partnership.”

More about:  Detroit’s trio of commercial casinos report record $1.454 billion in revenue in 2019

Released on October 28th, the new video slot maintains all of the best features players have accustomed themselves to in the previous entry, while adding an exciting new one, the bomb symbol. The new addition explodes when it lands on the reels and adds extra symbols that are able to take the place of three different areas, inclduing throughout the column, around the bomb and throughout the row.

Combining the features from Million 777 and new ones from Million 88, make it the perfect game for all players! Expect Red Rake to release its next slot, O’Bryan’s Funland, cousin to the 2017 hit, Ryan O’ Bryan and the Celtic Fairies.