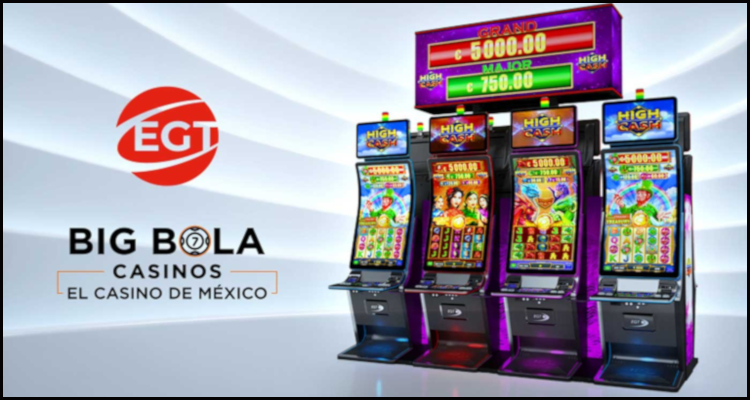 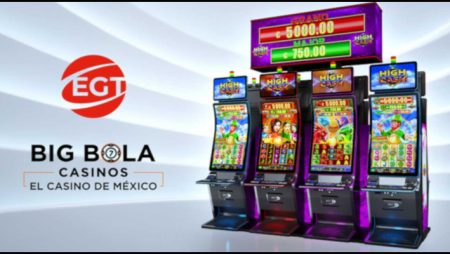 The Sofia-headquartered firm used an official Tuesday press release to detail that this latest alliance is to see the Big Bola Atizapan Casino near Mexico City open a special lounge equipped solely with its own machines and games. The developer explained that this will be the fourth such enterprise premiered by the local casino firm in the last two years as the pair look to exploit their relationship to gain an even greater share of the highly competitive Mexican casino market.

EGT Limited disclosed that the exclusive area within the Big Bola Atizapan Casino is to feature a selection of its G 32-32 VIP and G 50 J2 St slot cabinets as well as its Premier Series P 27/27 St Slim and Super Premier innovations. It revealed that these units will be kitted out with games from its Collection Series mixture in addition to its Lady’s Cards and High Cash jackpot solutions and several S-Line terminals offering roulette and its King 3, Jackpot Cards and King 4 advances.

Pamela Gutierrez serves as the Mexico Sales Director for EGT Limited and she used the press release to disclose that her firm began this lounge initiative with Big Bola Casinos in 2020 after having worked with the operator for three years. She additionally pronounced that the innovator intends to follow up the Big Bola Atizapan Casino alliance by introducing G 50 J2 St cabinets complete with its High Cash game into the operator’s gambling facilities in Queretaro City, Veracruz and the Pedregal and Tlalnepantla neighborhoods of Mexico City.

Read a statement from Gutierrez…

“Despite all the difficulties we have had due to coronavirus restrictions, these lounges have quickly become extremely popular and strengthened our brand as one of the most preferred by the Mexican gaming audience. We currently have a presence in 16 of the operator’s casinos with more than 200 machines and are proud to be among one of its top providers in terms of both performance and the quantity of gaming equipment.”

For her part and Monica Cuartas from Big Bola Casinos used the press release to proclaim that her company’s ongoing relationship with EGT Limited has helped it to get through the recent turmoil of the coronavirus pandemic and ‘have an unparalleled recovery in the gaming sector in Mexico.’ The experienced professional moreover declared that the Bulgarian firm is one of the operator’s ‘top suppliers with one of the best probabilities per machine’ and that these innovations have ‘quickly increased their performance and returned to pre-pandemic numbers.’

A statement from Cuartas read…

“While other operators withdrew terminals in operation at the beginning of the post-pandemic re-opening, we chose to optimize, selected EGT Limited as one of our main suppliers and began premiering more lounges. We started with two and their results were accompanied by joint work that allowed us to install two more in less than two months and we are planning to open two more in the next three months.”