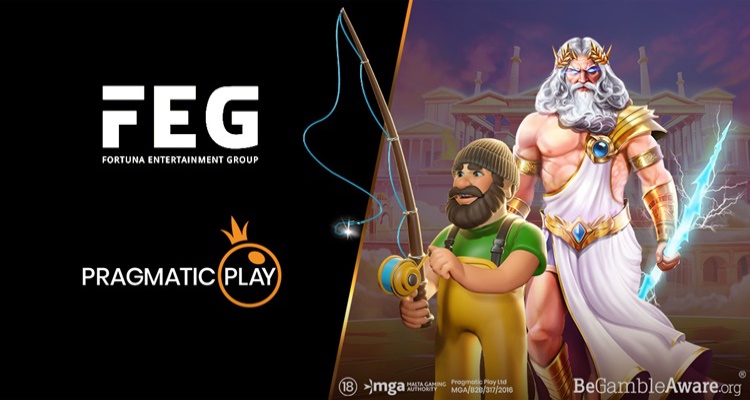 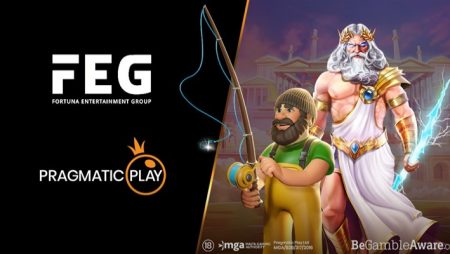 In addition to announcing that it will be showcasing at the LMG Summit Mexico this September, Pragmatic Play has further expanded its reach in regulated European markets after penning a supply agreement with Fortuna Entertainment Group (FEG), the leading omni-channel betting and gaming operator in Central and Eastern Europe.

Courtesy of the commercial deal, the Prague-headquartered operator will see its portfolio of games expanded considerably, after adding the multi-product content provider’s entire 200-plus collection of slots, including games that have already been a huge success in the region. These include Big Bass Bonanza, the first release in the popular five-title fishing-inspired series from partner Reel Kingdom, the classic from 2019, Sweet Bonanza, and Gates of Olympus, the Greek Mythology-themed video slot that has won the provider multiple Game of the Year awards.

Each of these, along with all of the other titles in the supplier’s award-winning slots portfolio will be accessible to FEG’s customers in Croatia and Romania.

Sopko Stanislav, Group Head of Product & Channel Management for Fortuna Entertainment Group lauded Pragmatic Play as being “the creator of some of the most popular slots in Europe and particularly so in Romania and Croatia.”

Stanislav explained that being able to provide their players with Pragmatic‘s titles is a “great benefit” to them and their brand which has received a “huge shot in the arm” thanks to the agreement.

Established in the Czech Republic in 1991, FEG is among the largest and most successful betting and gaming operators – across sports betting, online casino, lotteries, virtual sports and slot machines verticals – in Central and Eastern Europe. And through its subsidiaries, in addition to the Czech Republic, is active in Slovakia, Poland, Romania and Croatia. The company also has the distinction of being one of the first companies to launch an online casino (Fortuna Vegas and Fortuna Casino) in the Czech Republic following the adoption of new gambling legislation in the country in 2017.

“FEG is an important operator in Romania and Croatia and its reach in those markets is impressive, so getting this deal over the line is particularly pleasing. Its presence will provide a fantastic platform for us to expand our exposure in two key regions.”

Through the agreement, the leading content provider strengthens its position in regulated European markets while maintaining its path for commercial growth in these “key regions.”

The latest commercial deal follows an announcement by Pragmatic Play that it will be sponsoring and speaking at the LMG Summit Mexico next month. The prestigious Latin-American-focused three-day event is scheduled to take place from Sept. 13th – 15th at the Akron Stadium in Guadalajara, Mexico.

In addition to supplying operators and providers with opportunities for networking, this year’s event will focus on the 2022 Soccer World Cup to be hosted in Qatar in November and December (a first).

A platinum sponsor for the event, Pragmatic is also sponsoring the dinner dinner during the LMG Summit Mexico and will be represented by the Mexico Country Director, Enrique Romero, and Victor Arias, Vice-president of LatAm operations, who will speak at a panel during the event.

Pragmatic has been a sponsor and contributor at multiple conferences and events within the LatAm region over the past year, following the G&M News Mercosur Summit that was hosted at the City Center Iguazu, in Puerto Iguazu, Misiones, Argentina from August 31st to September 1st, and the SAGSE Miami, Brazilian iGaming, and Peru Gaming Summits in recent months.

Regarding the approaching LMG Summit Mexico, in a separate news release, Arias said the event provides them with “another opportunity” to expand their reach within the Latin American market as they “meet with both new and existing clients and operators.”