Pragmatic Play: A Strong Force in Online Bingo and Casinos 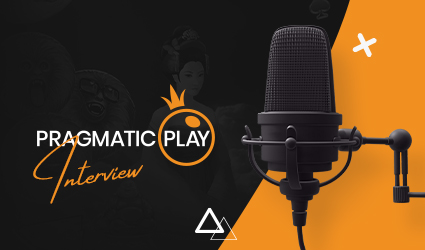 One of the biggest names in online bingo and casino games is Pragmatic Play. From its live casino to Bingo Blast, this provider is on top of its game. We’re excited to present an in-depth look at the company and its plans throughout 2023. Read on as we interview Daniel Hansen, Head of B2C.

Q: Considering the iGaming space when you launched in 2015, how has it changed since then?

A: I think a focus on innovation from providers is what has changed since then. This is in response to a maturing marketplace. In turn, players are beginning to seek out something new, whether that be from the features, themes or gameplay present within a slot.

This impacts our slot development as we continually aim to exceed players’ expectations with new approaches, ideas and features, with this stance being immediately obvious in titles like Pizza! Pizza? Pizza!, which transforms how players have viewed traditional gameplay set across standard reels and rows. Additionally, Hot Pepper™ provides numerous wild multipliers that build upon the foundations made in previous hits releases like Fruit Party 2™ but with an ingenious way of increasing the size of the multipliers present. At the core of it, we always focus on crafting games that become fast player-favourites, packed with engaging features that entertain time and time again.

Q: Let’s talk about the launch of Sweet Powernudge™. Tell us more about this game and its features.

A: Sweet Powernudge™ sees the return of the popular Powernudge™ mechanic, which was previously featured in Rise of Giza Powernudge™ and Goblin Heist Powernudge™. This feature nudges winning symbols down a row revealing new symbols at the top of the game board allowing for additional wins to be formed. This iteration of the feature also introduces a multiplier reel to the side of the main game board which can randomly be activated during any base game spin and is always active in the free spins round. This exciting multiplier reel awards a multiplier to any win formed with each nudge triggered in the main game, nudging this reel down a row collecting additional multipliers and creating a crescendo of excitement for players.

Additionally, this slot draws its aesthetic inspiration from Pragmatic Play’s extremely popular titles, like Sweet Bonanza™ and the multi-award-winning Game of the Year, Sugar Rush™ – expanding the selection of sweet-themed content and adding proven mechanics that can activate great rewards.

Q: October 2022 was a busy month for the company having launched three verticals in the Brazilian market via Bet24Horas. How does this partnership along with sponsoring the SBC Summit Latinoamerica further support Pragmatic Play’s expansion plans?

A: We have strong ambitions for our growth in Latin America and additional operators such as Bet24Horas allow us to reach more players than ever before in this market. Additionally, our sponsorship of SBC Summit Latinoamerica is a testament to our commitment to the region. We have lofty standards that have led us to be in the position we are at the fore of the market there and supporting the key events that current and potential partners leverage to build their brands plays a crucial role in maintaining this. We’re serious about elevating what we contribute to the industry and we feel that putting our name to opportunities that facilitate this, shines a light on this goal.

Q: Apart from casino games, the bingo product is blowing up especially with it now live with major operators such as Bet365. To what do you owe the success of the bingo offering?

A: Our bingo offering has gone from strength to strength in recent years and has built a sizeable fan base. This is down to the variety of games we release; our Bingo products offer as much engagement, entertainment and big win potential as our Slot or Live Casino offering and is perhaps demonstrated best in our hit title, Bingo Blast™. This game offers play sessions that are 3-4 times faster than other Bingo titles, increasing the excitement for players. Additionally, it is simple enough for beginners to pick up whilst being engaging through the use of modern visuals to attract more seasoned players.

Q: As we head into 2023, what can we expect from Pragmatic Play?

A: In 2023 we are looking to surpass what we achieved in 2022 and continue to release highly engaging titles. On the horizon, for slot enthusiasts, we have Secret City Gold™ which implements mystery symbol patterns at the core of its gameplay and Monster Superlanche™ which provides big multipliers for creating towers of symbols. Live Casino will also see us launch Snakes and Ladders Live™ which is a dynamic fast-paced game show-inspired title, along with some more traditional Live Casino games.

Creating player-favourite content is the core tenet of Pragmatic Play – we’re in the business of developing genre-defining games for each vertical of the industry that we’re involved in – and we’re passionate about doing so. If players and partners can expect anything from us this year it is that everything we do will be geared toward fulfilling that principle.