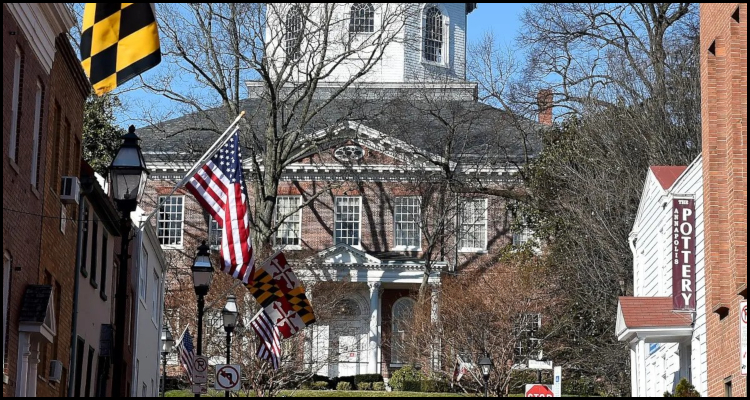 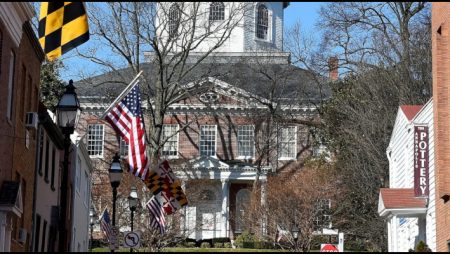 Legislators in the eastern American state of Maryland reportedly passed a measure late last night that could see the jurisdiction become the latest to legalize online and land-based sportsbetting.

According to a Monday report from local television broadcaster WJZ-TV, voters in ‘The Old Line State’ approved a referendum in November to give lawmakers the mandate to legalize online and retail sportsbetting. Members of the Maryland House of Delegates and the Maryland State Senate then purportedly used their next 90-day session to debate the issue before yesterday approving the appropriate rules and regulations via a midnight vote.

The broadcaster reported that the newly-passed sportsbetting legislation, which was approved by a unanimous vote in the 47-member Maryland State Senate, would allow the state to license sportsbooks at every one of its six land-based casinos. The measure could moreover purportedly see the jurisdiction’s trio of professional sports teams encompassing the Baltimore Ravens and Washington Football Team franchises of the National Football League (NFL) as well as Major League Baseball’s Baltimore Orioles enterprise offered the ability to bring analogous facilities to their stadiums.

The Baltimore-headquartered broadcaster reported that the legislation, which was ratified by the 141-seat Maryland House of Delegates via a 122 to 16 margin, would also give officials in the eastern state the capacity to issue up to 30 additional land-based wagering licenses in addition to as many as 60 online sportsbetting licenses. This portion of the measure purportedly represented a compromise after the Maryland State Senate had initially proposed not instituting any caps.

The sportsbetting legislation could now reportedly come into effect as early as the autumn so long as Maryland Governor Larry Hogan gives his approval. Although the two-term Republican leader purportedly admitted to having not yet seen the language contained in the measure, he did declare that he was ‘pretty sure we’ll be able to act on that one pretty quick’.

Maryland State Senator Craig Zucker reportedly told the broadcaster that the new sportsbetting legislation is expected to bring in between $15 million and $18 million every year for his state that would be earmarked towards education projects. The Democratic legislator furthermore purportedly stated that both chambers of the Maryland legislature intend to ‘revisit’ the measure in December of 2025 ‘to see if there’s more licenses that need to be issued to meet demand’.

For its part and the online news domain at MarylandMatters.org reported that the recently-passed sportsbetting legislation represents a compromise between House Bill 940 cleared by the Maryland House of Delegates last month and an amended version of this bill crafted by the Maryland State Senate. Although the vast majority of tax revenues are to purportedly be set aside for the education-focused Blueprint for Maryland’s Future Fund, a small portion is to be utilized to establish and support programs to tackle problem gambling.