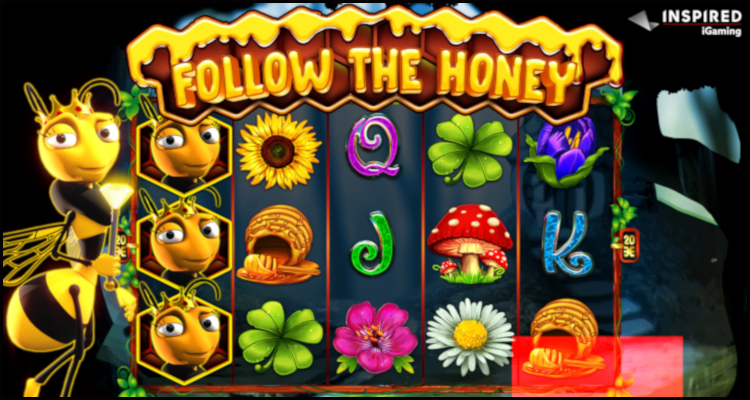 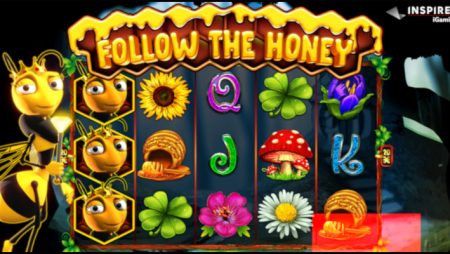 The New York-headquartered firm used an official Thursday press release to declare that its latest medium volatility game is ‘brimming with the sweet nectar of wins’ and could award aficionados with rewards worth up to 1,250 times their triggering stake. The company also stated that the mobile-friendly title is set in ‘colorful woodlands’ and comes complete with Queen Bee wild symbols, Worker Bee reel modifiers, and a progressive free spins bonus round.

Inspired Entertainment Incorporated disclosed that it’s 20-payline Follow the Honey game features flying worker bees that can appear so as to create additional wins and add bonus symbols. The developer proclaimed that these offer players the opportunity to bank ‘extra chances of base game wins’ while amassing at least three honey pot scatter symbols will trigger access to the title’s free spins bonus round with a progressive trail sitting above the reels.

Follow the Honey has a 95% return to player ratio while Inspired Entertainment Incorporated asserted that the title’s free spins game gives players the chance to bank extra shots by ‘spinning in the Queen Bee’ wilds to knock out lower-paying symbols as these ‘advance along the trail’. The company divulged that this bonus stream features a selection of 13 multiplier increments as well as a four-stage modifier where progression awards players with an additional five spins and upgrades the reel symbols via the removal of lower-value icons.

Established in 2014, Inspired Entertainment Incorporated currently offers a portfolio of over 60 online casino titles to in excess of 170 domains around the world and began the year by launching its new five-reel Go Fish! video slot. It subsequently went on to premiere its Space Invaders Roulette, Tin Can Cash, Double Cash Spinner and Catch of the Day titles in advance of last month debuting its five-reel Reel Linking advance.

Claire Osborne serves as the Interactive Vice-President for Inspired Entertainment Incorporated. She described her firm’s new three-row Follow the Honey video slot as ‘the perfect game to kick off the summer season’ aimed at the more casual online casino player.

Read a statement from Osborne…

“Follow the Honey is a vibrant and fun game that is filled with colorful symbols combined with great mechanics. It rewards players fairly, offering them multiple chances to win cash prizes throughout the base game and in the bonus round. We’re thrilled to be adding our first bee-themed game in Follow the Honey to our growing iGaming portfolio.”