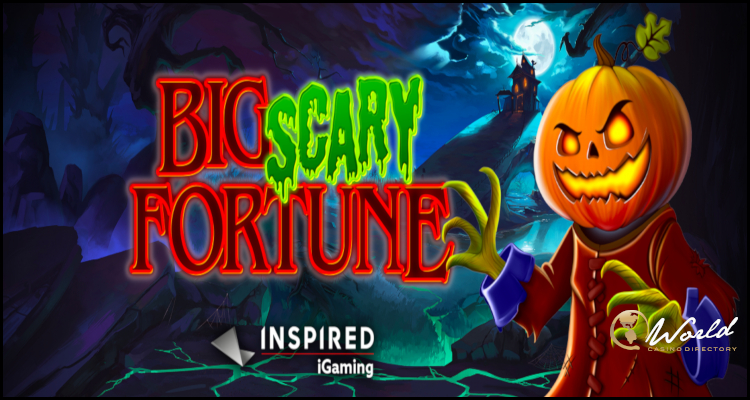 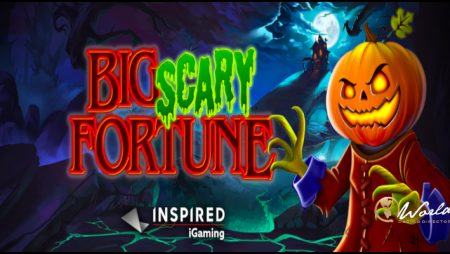 Halloween is only a few days away and American online casino games developer Inspired Entertainment Incorporated is hoping to get players in the mood for some eerie adventures via its new five-reel and ten-payline Big Scary Fortune video slot.

The New York City-headquartered innovator used an official Thursday press release to declare that its latest iGaming advance features ‘spellbinding graphics’ that have been designed to transport aficionados into a dark and eerie night’ where the reels spin to the sound of a ‘spooky’ soundtrack. The firm also explained that the mobile-friendly title comes complete with a 94.8% return-to-player ratio while allowing punters to bank rewards worth up to 5,000 times their triggering stake.

Inspired Entertainment Incorporated was already responsible for a portfolio of over 100 video slots, including the recently-premiered Leprechauns Lucky Charms, Animal Antics, and Down the Rails titles that are available for online casino players around the world to enjoy via a plethora of operating partners. The pioneer stated that its new Big Scary Fortune game has been designed to offer ‘casual gamers a fun iGaming experience’ perfectly suited to a ‘spook-tacular Halloween’.

Claire Osborne serves as the Interactive Vice-President for Inspired Entertainment Incorporated, and she used the press release to proclaim that Big Scary Fortune is a direct successor to her firm’s Big Fishing Fortune video slot from last year. The experienced professional asserted that this fresh title moreover has a range of ‘tried and tested’ mechanics, including the pick-me Pumpkin Match 3 bonus feature that can be triggered by anyone amassing a trio of cauldron icons.

Nasdaq-listed Inspired Entertainment Incorporated disclosed that the colorful Big Scary Fortune video slot allows anyone who has initiated the Pumpkin Match 3 attraction the chance to bag up to 100-time prize multipliers by locating three pumpkin-themed symbols behind each steaming cauldron. From here and the innovator detailed that players can enter the iGaming title’s Big Scary Fortune Bonus feature, where unlimited free spins are handed out until the Big Sticky Pumpkin is collected.

As if this wasn’t enough and Inspired Entertainment Incorporated divulged that the prize value listed on any pumpkin symbol will be paid if a player manages to simultaneously land a squash and a scarecrow icon. But the developer pronounced that this take-home can additionally be doubled for collecting multiple scarecrows for ‘potentially huge wins and a thrilling scary-tale ending’.

Read a statement from Osborne…

“We are delighted to be launching Big Scary Fortune into our growing portfolio of fun Halloween-themed content so as to give players another fang-tastic treat. With its rich graphics coupled with engaging gameplay, we’re confident Big Scary Fortune will perform well and no doubt become a firm player favorite this season.”