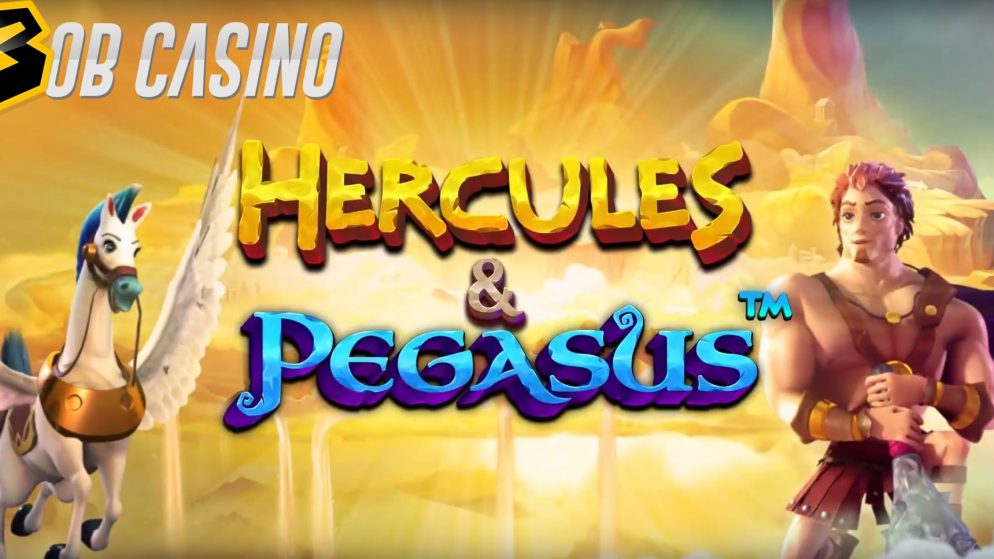 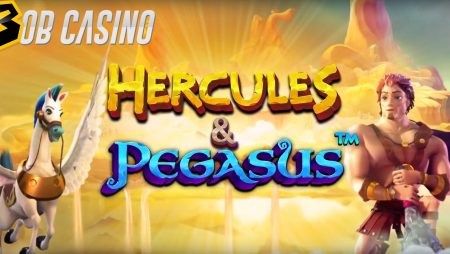 Staunch fans of Disney movies will affirm to this: Hercules, the demigod, and Pegasus, the magnificent white horse with the brains and wings of a bird, share one of the most solid bromances we have ever seen on screen.

Along with his pettiness and envy towards those who try to be close to Hercules, Pegasus is extremely close to the demigod, acting like a human friend as they prank each other, goof around together, and to top it all, perform epic secret handshakes, which, to be honest, are essential for any bromance. These two inseparable characters reunite in Pragmatic’s Hercules and Pegasus Slot for an adventure that will wow punters, not only with their closeness but also with great slot mechanics such as random magical modifiers and up to 3 herculean bonus rounds!

Share the classic bromance of the two characters! Play Hercules and Pegasus for money or try the free demo here:

If you enjoy Ancient Greece-themed slots, make sure to enjoy the Power of Gods slot and Magic of Pandora slot.

The 5X3 slot is set high up above mount Olympus, the not-so-humble sky-high abode of the Greek gods. There are 20 fixed paylines to play with, and laying your cash down on them is made easy by the itemized bet selector that pops up after clicking the plus or minus button adjacent to the huge spin button. You can alter the coins per line & coin value to select a total bet ranging from €0.20-100.

The icons inside the grid are all connected to the legend of Hercules. In order of their value in the paytable, they include a card with the game’s title on it, an acropolis, harps, traditional water jugs, and blackjack icons, with the first two offering rewards of 20X and 15X respectively. There is also a wild card that replaces all regular symbols to complete winning combinations.

During normal play, a choice between three scrolls will be presented from time to time to guarantee some outstanding prizes. The scroll you choose could reveal Hercules wilds, Pegasus wilds, Bolts of Zeus (causes more occurrences of a select icon), and the Bonus (guarantees appearance of the bonus symbols).

Each main character has a bonus symbol. These will assist the main bonus card in triggering 3 distinct unlimited bonus sessions.
When 2 bonus cards land alongside the Hercules bonus symbol, the Hercules Free Spins are initiated. Here, a red jar appears to award random wilds while still ending the session when 5 of them show up.

When the main bonus symbol appears alongside both the Pegasus and Hercules bonus symbols, the Hercules and Pegasus Bonus Round is triggered. The 2 jars from the previous free spins modes show up to shower the reels with multipliers & wilds, and the first one to appear 5 times winds up the session.

Hercules and Pegasus is an intoxicating Greek Mythology slot with a strong aura of mystery created by its sound effects and great graphics. You do not know when the scrolls, the real stunners of normal play, will hit, and you will be wishing for the Bonus when they finally do. There’s one thing, though; the free spins symbols do not hit often enough for our liking, but all in all, there is huge potential here for those who are willing to hammer away with Herculian effort!