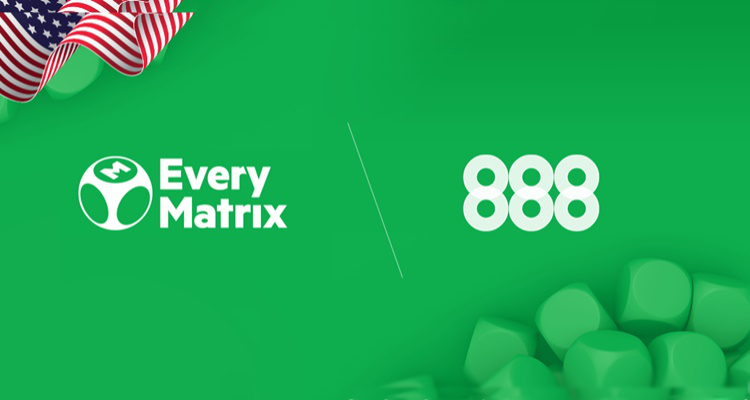 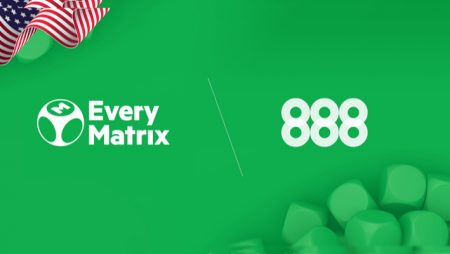 In a move consistent with its “ambitious plans for the future,” B2B iGaming software provider EveryMatrix has entered into a new content distribution agreement with online gambling site 888casino for the red-hot U.S. market.

Under the deal, digital games from the provider’s Spain-based Spearhead Studios and U.S.-facing Armadillo Studios will be integrated into 888casino, facilitated by its own CasinoEngine online gaming and Integration Platform.

The partnership with the flagship online casino brand of Gibraltar-based gambling company 888 Holdings plc grows EveryMatrix’s audience in the U.S.’s flourishing iGaming space, where in February 2021, the provider opened a new commercial hub in the Brickell area of Downtown Miami, Florida.

At the time, the technology supplier was preparing to enter the U.S. market, after in November 2020, the company filed an application to New Jersey Division of Gaming Enforcement (NJDGE) for a license for its CasinoEngine.

The Malta-headquartered company has over the past year filed for licenses in a number of jurisdictions, including Pennsylvania, and  West Virginia and Michigan in December 2021, and New Jersey in November 2020. And in late June, EveryMatrix partnered with BetMGM, the exclusive sports betting division of MGM Resorts International.

In a statement in a company press release, Erik Nyman (pictured), President for EveryMatrix Americas, said…

“I am very happy to announce that we have signed with 888, one of the largest and most experienced international gaming operators. This agreement will allow us to distribute our game content to a wider audience and we are looking forward to developing the relationship with 888 further.”

The online gaming executive was recruited by EveryMatrix in August 2020, as part of the company’s leadership team to spearhead its expansion in the U.S. market, and lead its first office in the country.

“Product and content leadership is a core element of 888’s global corporate growth strategy, and our partnership with EveryMatrix will help us continue to deliver on our ambitious plans for the future, including in the US. Our commitment to our players to provide the highest quality games content across our portfolio continues to be at the centre of everything we do.”

Last month, Armadillo Studios, which is reportedly based at EveryMatrix‘s U.S. headquarters in Miami, announced that is was preparing to debut its first branded game featuring Brazilian professional mixed martial artist, Amanda Nunes, aka “The Lioness,” and her amazing career.

The 34-year old is the current reigning champion of the women’s UFC featherweight division, and was the first woman to become a two-division UFC champion and only the third fighter in history to hold titles in two weight classes at the same time.

Aptly named, The Lioness, the 40-payline video slot will reportedly be made available to iGaming operators around the globe from August 2, and according to the developer, the mobile-friendly game is destined to increase its reach into ‘new player bases and demographics’ while also allowing it to ‘provide some well-needed gender balance’ to the online casino vertical.