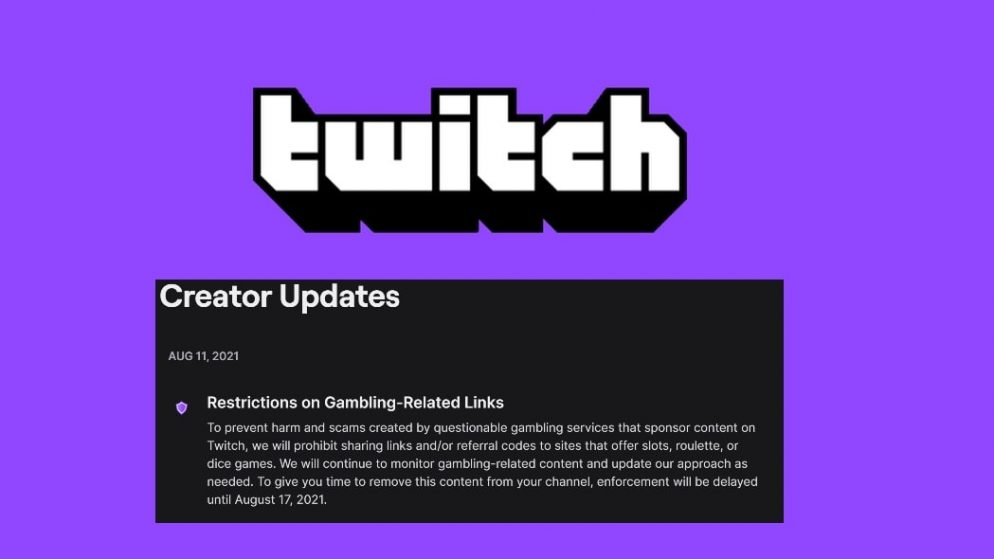 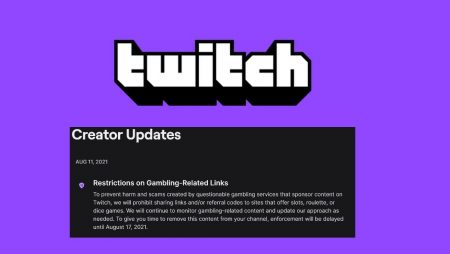 Not too long after Ethan Klein from H3 Podcast stirred up drama surrounding gambling content and slot streaming on Twitch, the platform has announced that they will be restricting gambling-related links.

In a Creator Update on released Wednesday, Twitch announced that they will be restricting all links and referral codes related to video slots, online roulette, and dice games shared on their platform. The update will come into force on August 17.

«To prevent harm and scams created by questionable gambling services that sponsor content on Twitch, we will prohibit sharing links and/or referral codes to sites that offer slots, roulette, or dice games, […] We will continue to monitor gambling-related content and update our approach as needed.»

The discussion around gambling content on Twitch has been ongoing for a long time. Some of the influencers chiming in included such titans as MoistCr1TiKaL and Pokimane. The drama culminated in a 3-hour-long debate between streamers TrainwrecksTV, xQc and one of the most influential YouTube podcasters Ethan Klein:

End of an Era?

Twitch’s decision has come as no surprise, as the Amazon-owned website is known for taking action aimed at minimizing controversy. This decision, however, is unlikely to cause an exodus of the most popular slot streamers.

Channel of CasinoDaddy and Roshtein Twitch channel serve as advertising for their respective websites, which are themselves full of affiliate links to casino sites. CasinoGrounds aggregate all of their streamers on their site that also serves as a forum, gathering more than 140k+ visitors a month, according to SimilarWeb. This surely serves as a far better platform than Twitch in terms of monetization.

The sheer volume of casino-related content on Twitch can potentially suffer. Big-time video-game influencers that sometimes feature gambling content, such as XPosed or TrainwrecksTV, would likely shift their focus on less controversial content, as they wouldn’t have as many sales funnels as slots-oriented creators.

Roshtein doesn’t seem to be fazed by the issue at all.

Twitch updating their TOS for Gambling/Slots on August 17. Could be going into the right direction, excited about where this goes! pic.twitter.com/cPhlh7gZz6

While m0E_tv ponders about the next home for casino streaming.

Well boys its been a fun ride @FacebookGaming hit me up ? pic.twitter.com/YD9x7cRHXB

Interesting addition that’s for sure.. 👀 pic.twitter.com/Re862dJGZa

French streamer Bidule has expected such an outcome a lot sooner than it happened.