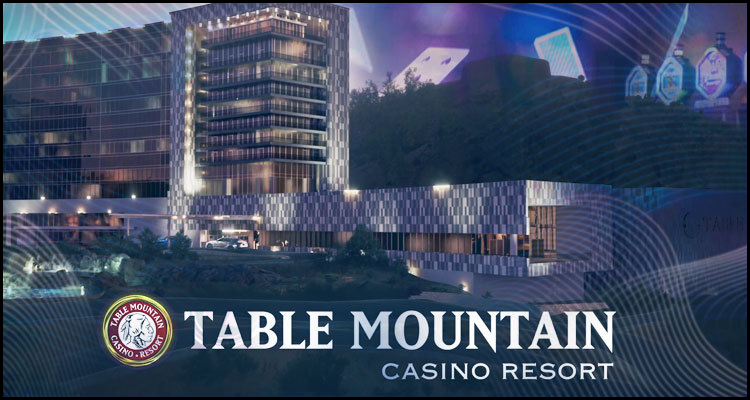 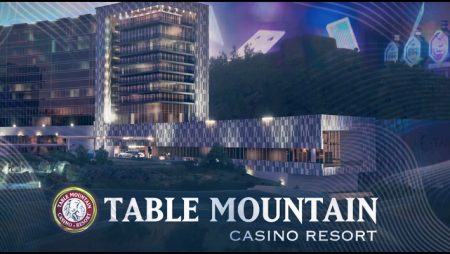 After over four years of work and the Table Mountain Rancheria has announced that it will be premiering its new twelve-story Table Mountain Casino Resort later today featuring a 110,000 sq ft casino and a 171-room hotel.

The federally-recognized tribe used an official June 29 press release to detail that the fresh central California facility sits just yards away from its existing 70,000 sq ft Table Mountain Casino venue, which is where it began gambling operations via a bingo hall some 35 years ago. The band explained that the casino within this latest 600,000 sq ft property features high ceilings and chandeliers as well as the Dragon’s Den VIP high-limit room and is to also offer a selection of some 2,000 slots and 33 gaming tables.

The Table Mountain Rancheria disclosed that its new Table Mountain Casino Resort is to be a non-smoking enterprise that will moreover offer suites with views across the whole of the San Joaquin Valley alongside a Japanese garden and the top-floor Sukai Teppan restaurant. The tribe noted that additional on-site dining options are to run to its Eagles Landing Steakhouse and Blue Oak Grille while an in-house food court will host Twisted Noodle, 777 Tacos, Mangia Italian and Freddy’s Frozen Custard and Steakburgers outlets.

More about:  Play’n GO puts on a show under the Big Top in new slot release Golden Ticket 2

The new Table Mountain Casino Resort is located some 24 miles north of the city of Fresno with the tribe additionally stating that the venue is to open complete with a 23,000 sq ft entertainment and convention space that can be sub-divided into four specific rooms to host a range of events including wedding receptions, business meetings and conferences.

John Dinius serves as the Chief Executive Officer for the opening Table Mountain Casino Resort and he reportedly told local television broadcaster KFSN-TV that the new facility has exceeded even his own expectations and is destined to take the central California tribal casino scene to even greater heights. The experienced professional purportedly finished by revealing that the Fresno County facility’s 2,000-seat concert hall will host a special ‘grand opening concert’ this evening featuring American country music singer Blake Shelton.

More about:  How to Stream Online Slot Sessions on Twitch in 2020

“It’s obviously a beautiful facility and it’s very sophisticated and contemporary. But I want people to know we are not trying to be Las Vegas. We are still that hometown and unpretentious type of experience to which our guests have become accustomed although it’s in a much nicer facility and it gives us more tools in our tool belt to be able to take care of our guests.”

Kambi Group grows its Latin American footprint via expanded Argentina alliance
2 hours ago
Recent Comments
Categories
Recent Posts
18+
Gambling News from NewsCasinoNew.com is made for the most passionate fans of online casinos and internet gambling. We cover everything: from popular gambling world events and trends to new casino slot game releases and reviews, you will find the latest news stories.