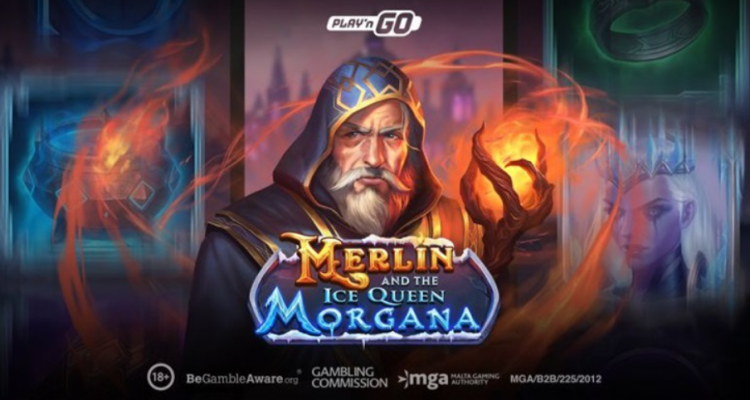 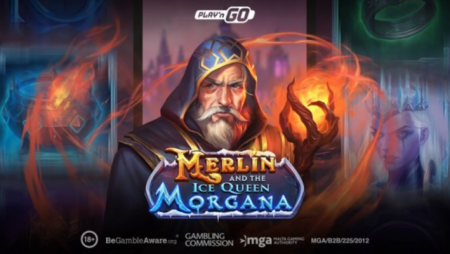 The Merlin series of online slot games by Play’n GO is quite popular among slot fans and there is now another great title for players to enjoy. The developer just recently announced Merlin and the Ice Queen Morgana, a new slot featuring a classic tale. Spin the reels of this game, where Morgana leaves Camelot after her brother King Arthur’s coronation. Once she leaves, Merlin heads out to find Morgana, his former apprentice.

Of course, Morgana has turned into the Ice Queen and she is not ready to go back to Camelot. Take the journey with both characters on the reels with the ability to earn expanding wild multipliers, scatter wilds, and special expanding symbols.

Details of the New Merlin Title

Load this new online slot game and you are instantly transported into the icy lands where Morgana rules, with bright symbols filling each of the five reels. Find spell books, fiery staffs, pots, and more. Morgana can also be found in the game, with the ability to appear fully stacked. With her appearance, Morgana will provide a 2x, 3x, 5x, and 8x multiplier at random.

In the extra spins mode, the fully stacked Morgana will substitute for one special expanding symbol, if there are enough of the icon on the reels. Three or more of the scatter symbol gives players access to extra spins with 10 spins on offer. Retrigger the round with three more scatters in the round. The scatter can also act as the wild and will substitute for other symbols to create winning combinations.

Head of Games Charlotte Miliziano commented on the new game by stating:

“Players love the Merlin series; we have already explored his relationship with the Lady of the Lake and wanted to dive deep into one of his more turbulent relationships. A little darker than its predecessor, Merlin, and the Ice Queen Morgana embody the battle between good and evil.”

Miliziano stated that Play’n GO likes this kind of series as players have knowledge of the characters already. Players can then fully immerse into the narrative of the storyline, even if they have not played an existing game in the same series.

Play’n GO has been quite busy adding new games to its portfolio. The new Merlin title comes just a few days after the developer announced the release of Rich Wilde and the Wandering City. Patagonian mythology is included in the theme, with players learning more about the tale of the Wandering City.

The special city is said to be hidden deep in the Andes in a valley situated between Argentina and Chile. Ancient tales say that the city is surrounded by gold and diamonds, with explorer after explorer trying to reach the city and cash in on its treasures.

Join Rich Wilde on the reels of this slot as he travels to the mythical city to seek the ancient treasure. Find cumulative multipliers, wild scatters, and extra spins as you play!

Merkur Gaming pulls out of ICE London
3 hours ago