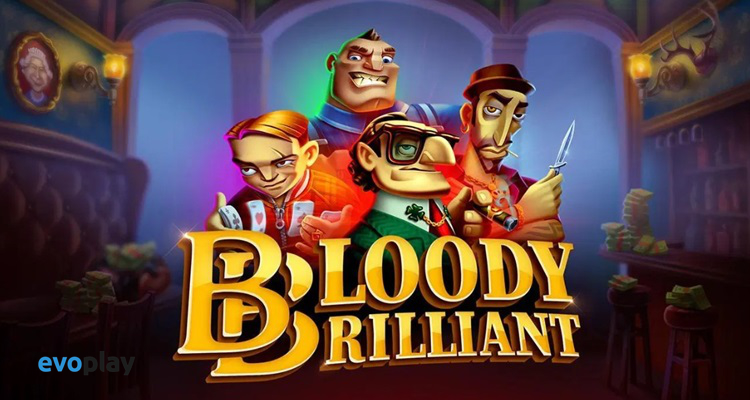 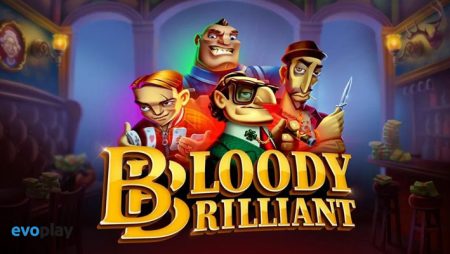 Adding to its growing portfolio, mobile-first iGame provider Evoplay has released its latest title, Bloody Brilliant. The video slot takes players on a shady adventure through the East End of London during the 50s and 60s when twin brothers Ronald “Ronnie” Kray and Reginald “Reggie” Kray and their gang the Firm built a criminal empire.

The 5-reel, 3-row, 20 paylines game that sees players pitted against key figures and criminal masterminds – who are known to frequent a secret pub, Butcher’s Daughter – in search of big wins, includes bonus features, an extra spins mode, and a € 165,075 max win.

Locating the Thief is the goal in this crime-themed slot and in order to do so, you’ll need to find a Fake Stone symbol, which will be hidden beneath any Jewel symbol in the main game. However, the elusive symbol can only be found when the Jewels hunt feature has been activated. That is accomplished by landing a Jewel symbol, where all identical symbols located on the reels are stolen and a multiplier that is equal to the number of stolen symbols appears. All player’s winnings are then multiplied by that number.

During the main game, every Thief or Jewel symbol that lands in the Bonus Field triggers a specific bonus. The Thief symbol sets the Golden Frame feature in motion, which in turn sees all matching symbols receive Golden Frames and allows them to be replaced with other symbols in winning combinations.

Players who manage to land the Fake Stone are transported to the Extra Spins game where they will receive 10 extra spins. The goal here is to carry out a tricky con job comprised of four stages. In order to succeed, players will need to steal the Jewel symbol at each of the four stages. If the job is completed successfully, players are awarded a prize worth up to x2201!

“Thrilled” to announce the launch of the “gangster-inspired adventure that invites players to discover the lives of London’s most notorious twins,” Ivan Kravchuk, Chief Executive Officer for Evoplay, further noted in a recent press release…

“As we continue to explore new trends and push the boundaries of what gaming experiences should provide, we have no doubt that Bloody Brilliant will resonate strongly with our audience.”

Bloody Brilliant follows a series of wildly popular game launches, such as Epic Legends which was released in April, and sees Evolplay’s award-winning games portfolio continue to grow stronger.