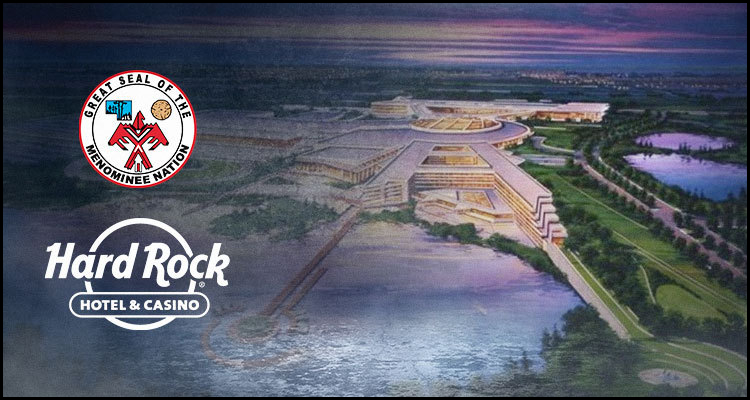 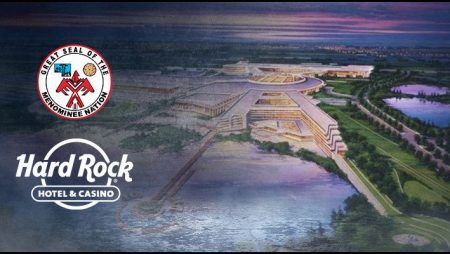 In the American state of Wisconsin and the Menominee Indian Tribe has announced the signing of a deal that is to see it again work with Hard Rock International in hopes of being given permission to bring a tribal casino resort to the city of Kenosha.

The federally-recognized tribe used an official Wednesday press release to detail that the pair are to now seek approval to construct and operate a Hard Rock-branded ‘destination entertainment center and casino’ on a 60-acre parcel of land situated on the west side of the city of approximately 100,000 people. The group of about 9,000 members additionally explained that it intends to own the envisioned Kenosha County venue and any related facilities with Hard Rock International functioning as the developer and operator.

Ronald Corn serves as the Chairman for the Menominee Indian Tribe and he used the press release to assert that the revived effort is all part of campaign to provide his tribe with ‘the necessary resources for its ongoing and growing needs.’ The leader moreover stated that his group ‘is ranked as one of the largest tribes in Wisconsin’ but regularly chalks up ‘some of the highest rates of poverty and lowest ratings for health outcomes of any area in the state.’

The Menominee Indian Tribe already runs the Menominee Casino Resort near the small northern Wisconsin city of Shawano and first teamed up with Hard Rock International in 2013 as part of a plan to bring an $800 million gambling-friendly development to a former Kenosha dog racing track. However, this project was killed off by then-Governor Scott Walker some two years later over allegations that it could ultimately lead to the state of roughly 5.9 million people annually losing tax revenues worth up to $100 million.

A statement from Corn read…

“The proposed project will not be as big as it was previously envisioned but it will still create jobs and be substantial. It will still be a Hard Rock brand and be an incredible addition to the community, the local and regional economy and the state.”

More about:  New resources for Finland gamblers via Nettikasinot.bet and Casinomaisteri.com

As part of this plan and a subsidiary of Hard Rock International last week agreed a deal that would see it pay $100,000 for the option on the proposed site for the planned Kenosha casino resort. However, it could still be many years before a building actually opens on the land as the Menominee Indian Tribe will now be obligated to get the off-reservation plot placed into trust by the federal government before seeking the required gubernatorial support, which is a process that recently took its compatriot Wisconsin Winnebago Tribe a decade to accomplish.

Nevertheless, the Chief Operating Officer for Hard Rock International, Jon Lucas (pictured), remains optimistic and used the press release to express his hope that a Kenosha venue will soon be part of his company’s already substantial portfolio of more than a dozen casino resorts across the United States and Canada. The prominent operator, which is an enterprise of the federally-recognized Seminole Tribe of Florida, is responsible for properties including the Hard Rock Hotel and Casino Atlantic City and Hard Rock Hotel and Casino Biloxi and recently inked a deal to bring the $1 billion Hard Rock Hotel and Casino Athens development to Greece.

A statement from Lucas read…

“Hard Rock International has a long-standing partnership with the Menominee Indian Tribe and is proud to support it in its continued efforts to bring a world-class gaming and entertainment resort to the Kenosha community.”

SPORT1 and MAGIC SPORTS MEDIA enter into cooperation with Better Collective to launch new sports betting section on SPORT1.de
40 mins ago
Recent Comments
Categories
Recent Posts
18+
Gambling News from NewsCasinoNew.com is made for the most passionate fans of online casinos and internet gambling. We cover everything: from popular gambling world events and trends to new casino slot game releases and reviews, you will find the latest news stories.