Michael Jordan: The Man who Dominated the NBA Finals in the 1990’s

Home » Michael Jordan: The Man who Dominated the NBA Finals in the 1990’s
Gambling News 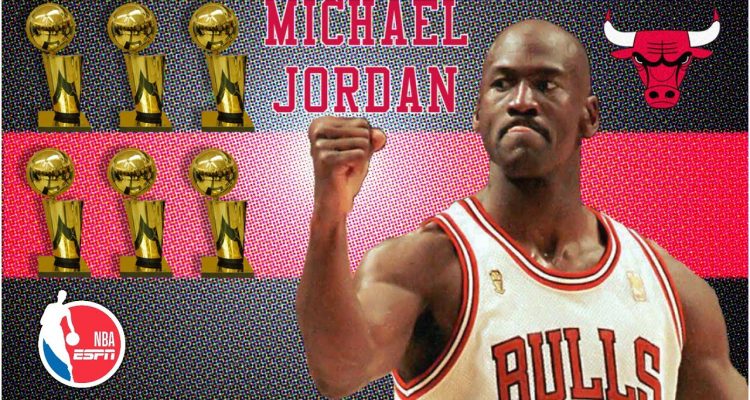 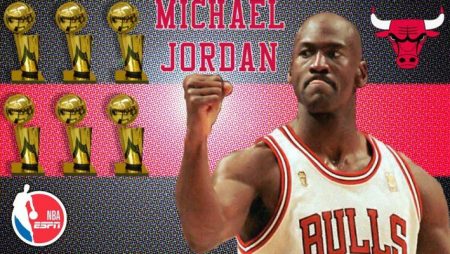 As the 2021 NBA Finals are currently being played between the Eastern Conference champion Milwaukee Bucks and the Western Conference Phoenix Suns it reminded of me when. The last time the Phoenix Suns were in the NBA Finals back in 1993. Then I got to thinking about Michael Jordan, and how great he really was in the 1990’s during his dominating run of winning 6 NBA titles in 8 years with a 2 – year break in between the 2 three – peats. Here is a quick run – down of Jordan’s basketball career from his college days to his NBA retirement.

In Michael Jordan’s freshman campaign at the University of North Carolina he averaged 13.4 points per game and had a field goal percentage of 53.4 %. He ultimately was named ACC freshman of the year. The highlight of his first year as a Tar Heel came when Jordan knocked down a game winning basket to solidify the 1982 National Championship against Georgetown and his longtime rival, Patrick Ewing.

His success in the NCAA continued over his next two seasons at UNC. After 3 years of college ball, M. J. averaged 17.7 points per game, 54 % field goal percentage, and 5 rebounds per game. After his sophomore and junior seasons Jordan was named to the NCAA All American first team. Michael won both the Naismith and Wooden college player of the year awards in 1984 as he forfeited his last year of college eligibility to enter the NBA draft.

Shortly after the Chicago Bulls drafted Michael Jordan with 3rd overall pick in the 1984 NBA draft, he became a star immediately winning the rookie of the year award in 1985. Michael was sidelined with a broken foot the majority of his second season with Chicago, but his third year there was absolutely amazing.

In the 1986 – 1987 season Jordan registered one of the most high – octane offensive years in NBA history. He cemented himself as the only player besides Wilt Chamberlain to score over 3,000 points while averaging 37.1 points per game, and he became the only NBA player to ever record 200 steals as well as 100 blocked shots. While M. J. and the Bulls were making the playoffs consistently, teams like the Detroit Pistons led by Isiah Thomas came between him and a championship.

Playing aside Scottie Pippen, Horace Grant, and John Paxon, Jordan earned his second MVP award in the 1990 – 1991 season. Chicago beat the Knicks and the 76ers in the first two rounds of the post season placing them in a well – deserved series against the Bad Boy Pistons. After losing to Detroit the last couple of years Michael has had enough as he swept the Pistons in 4 games. The Bulls ended up with a date vs. Magic Johnson and the Los Angeles Lakers in Chicago’s first NBA finals appearance ever. Bulls won the series 4 – 1 making them NBA champions as Jordan wins his first NBA Finals MVP award.

The next season (1991 – 1992) was nothing different as Michael Jordan averaged 30.1 points per game on 52 % shooting. He won another MVP award, and met Clyde Drexler and the Portland Trail Blazers in the NBA finals. In game one M. J. put up 35 points in the first half with a record setting six 3 – point field goals as he shrugged his shoulders while heading back to defense after draining a three. Da Bulls ended up beating the Trail Blazers in 6 games winning back – to – back NBA championships with Jordan getting named to his second Finals MVP.

During the 1992 – 1993 season Michael Jordan Continued to dominate the basketball landscape. He went on to lead the Chicago Bulls to their first “three – peat” as they beat Charles Barkley and the Phoenix Suns in six games where Air Jordan averaged a finals record 41 points per game, and he became the first player to ever win 3 consecutive NBA finals MVP awards. Although Michael had achieved god – like status, his personal life got bigger than his game.

…on October 6th, 1993 amongst both gambling allegations and the death of his father. Michael decides to give professional baseball a shot as he was the ultimate competitor, and he may have done that for his recently deceased father. Either way, “His Airness” did not fair all that well in the minor leagues batting just .202 with only 3 home runs and 51 RBIs.

Leaving his troubled past behind him Jordan decides to go back to his number one love, hoops. After the well documented retirement, in which the Bulls had retired his number and constructed a sculpture outside the United Center, Michael comes back to play again in the windy city under # 45. Although his team made the 1995 playoffs M. J. was not able to lead his team to the promise land.

Prior to the 1995 – 1996 season, Michael Jordan and the Bulls trained hard, and they were heavily motivated after the previous year’s playoff defeat. Chicago went on to have a record setting season by going 72 – 10. The Bulls rolled through the playoffs and won their fourth NBA title by beating the Seattle Supersonics in the Finals. Michael Jordan became the second player ever to sweep all the NBA MVP honors. He won the MVP awards for the All – Star game, the regular season, and the Finals.

With help from Scottie Pippen and Dennis Rodman, Michael Jordan, and the Chicago Bulls ripped through the regular season once again in 1996 – 1997 by going 69 – 13. MJ lost the MVP race to Karl Malone of the Utah Jazz, but this may have motivated Jordan to have an outstanding battle vs. the Jazz in the Finals that year. During game 5 of the Finals with the series tied at 2 – 2 Air Jordan played even though he was very sick with a stomach virus. He ended up scoring 38 points and winning that decisive game that is now referred to as the “flu game.” The Bulls ended up winning another championship, and M. J. won his fifth NBA Finals MVP.

In his last season with the Chicago Bulls (1997 – 1998), Jordan may have saved his best for last. He won his fifth regular season MVP as well as the MVP of the All – Star game. He was named to the All – NBA First Team and First Defensive Team, and he led the Bulls through a grueling 7 game series against the Indiana Pacers in order to meet up with the Jazz in the Finals for the second consecutive year.

At the end of game six…

…Michael Jordan had one of the most clutch performances in NBA history. With Chicago down 3 points and 41.9 seconds remaining Phil Jackson calls for a timeout. When play resumed M. J. took over the game. He hit a shot over several Jazz defenders to bring the Bulls back to a 1 – point deficit. Then after stealing the ball from Malone he matched up against Russell at the top of the key with only ten seconds left. Jordan then crossed Russell over to hit a game winning jump shot to seal the championship for the Bulls. Michael ended up winning his sixth and last NBA Finals MVP.

After winning 6 NBA championships with 6 NBA Finals MVP awards with the Chicago Bulls, Michael Jordan announces his second retirement from basketball. Although M. J. returned, to play this time for the Washington Wizards, he was never the same as he was when he played for Chicago. Jordan exited the NBA known as the greatest player of all time, and in my opinion, he still is!

More about:  Macau being advised to look towards iGaming for coronavirus relief

For those interested in sports betting!!! According to My Bookie Sportsbook these are the odds as of Friday, July 16th, 2021 for various betting options involving the 2021 NBA Finals.