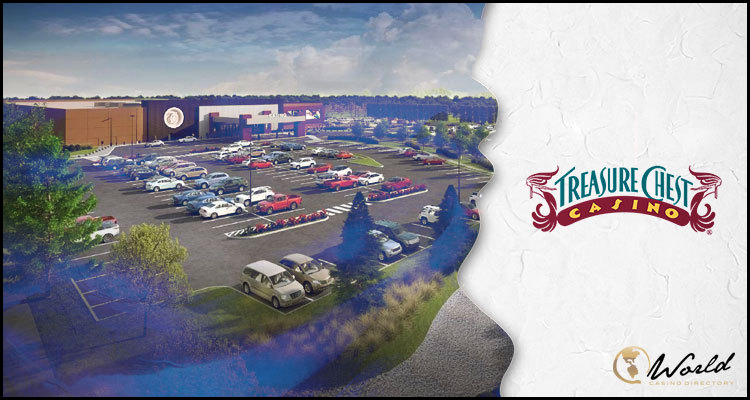 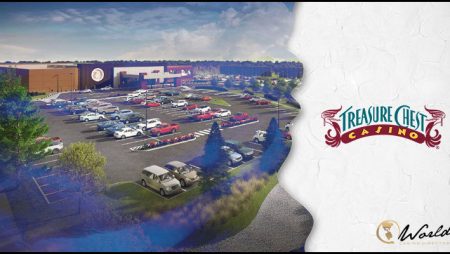 According to a Tuesday report from The Times-Picayune newspaper, the land-based Treasure Chest Casino facility is set to open in the western New Orleans suburb of Kenner in approximately 15 months’ time complete with 10,000 sq ft of convention space, a FanDuel-branded sportsbook and a 47,000 sq ft gaming floor. The source detailed that this coming $100 million property is due to be about twice the size of its predecessor and also feature a number of restaurants as part of a wider attempt to transform the community’s Laketown district into a 40-acre ‘total destination resort’.

Michael Glaser serves as the mayor for Kenner and he reportedly disclosed that the Treasure Chest Casino move furthermore follows an August decision from Jefferson Parish Council to set aside more than $2 million so as to renovate the area around a nearby Lake Pontchatrain boat launch. The Republican official purportedly went on to note that the new gambling-friendly facility is to take shape on the site of what used to be a parking lot for riverboat patrons with a replacement amenity already almost complete.

“With the new set-up, we anticipate increased revenues to the residents of the city of Kenner, which will aid in capital projects. This is a wonderful day in Kenner.”

The riverboat Treasure Chest Casino opened in 1994 and has reportedly generated millions of dollars in tax revenues that Kenner has subsequently utilized as a primary source of funding for its long-term capital projects. Joey LaHatte from Kenner City Council purportedly pronounced that the new land-based venue is destined to be a ‘blessing’ that will allow his community to simultaneously ‘start of the revitalization of the Laketown district’, which additionally includes the 4,600-seat Pontchartrain Center concert and events facility.

“Everybody’s excited about it. It’s something that the area needs.”

For his part and the President and Chief Executive Officer for Boyd Gaming Corporation, Keith Smith, reportedly thanked Ronnie Johns, the Chair for the Louisiana Gaming Control Board, for sponsoring the legislation whilst serving as a Louisiana State Senator that allowed his firm’s Treasure Chest Casino to move onto dry land. The Nevada-based executive purportedly went on to express optimism about the future of the Louisiana venue while lauding local city and parish leaders for their continuing support.

A statement from Smith reportedly read…

“With this project, we’ll be taking the Treasure Chest Casino to a new level, and with it, our investment in this great community.”