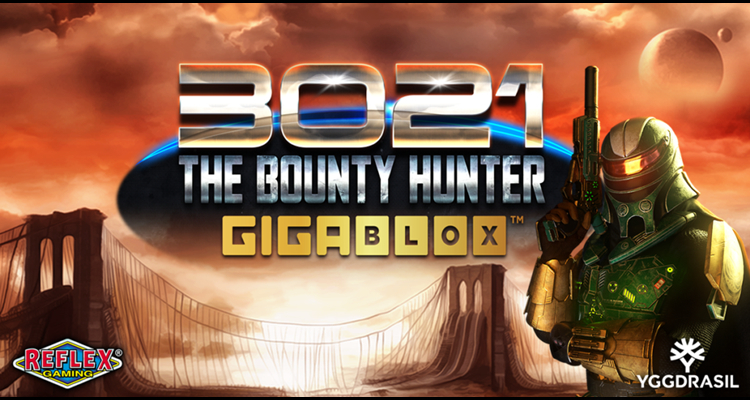 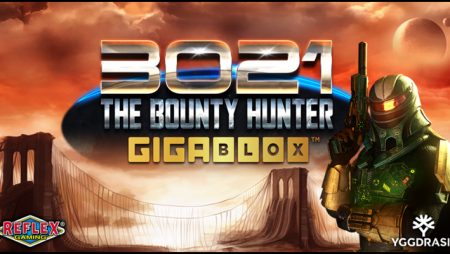 Painting a rather terrifying picture of what Earth could look like 1,000 years from now, the medium-high volatility video slot depicts a civilization that has largely been forced to live in cities underground to escape the toxic atmosphere leftover from several nuclear wars. In this frightening new landscape, only evil mutants roam freely above ground. These lawless creatures only fear bounty hunters, most notably SK-1000, who, with a bit of help, relentlessly hunts them down for a possible max win of €3,714.

Amidst a backdrop of what once was a vibrant metropolis, a 6×6 game grid with 40 fixed paylines is surrounded by desolation while SK-1000 stands armed to the left prepared to jump to action at a second’s notice.

Wins in this sci-fi adventure happen when at least three matching symbols land from left to right, including any one of the game’s regular pay symbols comprising four low-value card suits, which join a blue-haired female with heterochromia, a male cyborg, a monstrous lavender-hued man, and a something that can best be described as half-demon, half machine.  When a combination of six-of-a-kind of these characters hit, it is worth 4 to 8 times the stake.

Players will appreciate all the action and high-end animations and immersive soundtrack, along with the lead character, who during the Wild Reel Bonus, which can trigger randomly on any spin, shoots the reels changing symbols into Wilds.

Powered by the Gigablox mechanic, wins are possible on every spin, with a block of symbols up to 5×5 in size guaranteed with every bet.

“Dive into a post-apocalpytic world in search of huge wins with our fearsome bounty hunter. Combining Gigablox with our exciting math models and graphics ensures players can enjoy a Reflex Gaming experience like no other!”

Available for play on all devices, 3021 The Bounty Hunter is the latest title to feature the Yggdrasil’s wildly successful Gigablox mechanic, which is part of its innovative Game Engagement Mechanic (GEM) solution package comprising GigaRise, Splitz and MultiMAX. The online slot joins other Gigablox hits Suncatcher, Gator Gold, Hades, and the game that started it all, Luck Neko!

In addition to the supplier’s own titles, the proprietary mechanics are also available to YG Masters partners for use in their own game development. Crystal Falls MultiMax was the first YG Masters title to utilize one of the Cherry AB subsidiary’s GEMs, which are already proving popular as several studios, including Bulletproof Games, have signed up for the offering.

Also commenting on the latest hit title, Stuart McCarthy, Head of Product and Programs for Yggdrasil, said that 3021 gives fans “an immersive adventure capturing criminals with the help of bounty hunter SK-1000, as they look to enjoy the win potential of the bounty prizes. With alluring graphics combined with riveting action, we can’t wait to see how our fans react to its launch.”

Tipsport tie-up and next up:

In addition to successive slots launches, the release follows Yggdrasil’s market debut in Slovakia, after taking its extensive portfolio, including exclusive content from the YG Masters program, live with online sports betting and casino operator, Tipsport.

Be on the lookout for the Swedish provider’s next hit title, Jambo Cash from Malta-based slots designer Jade Rabbit Studio, to drop on August 16th!