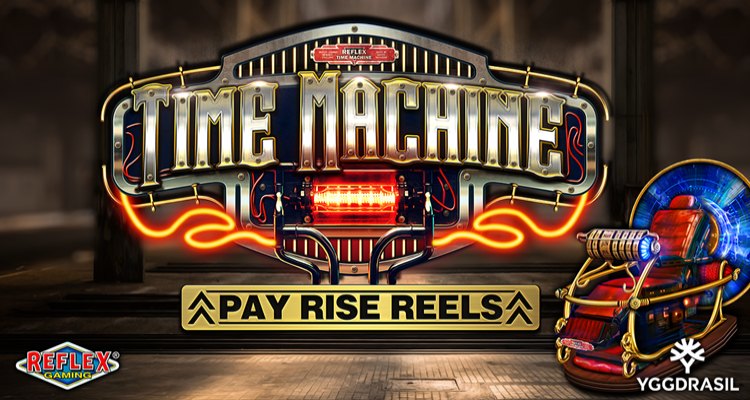 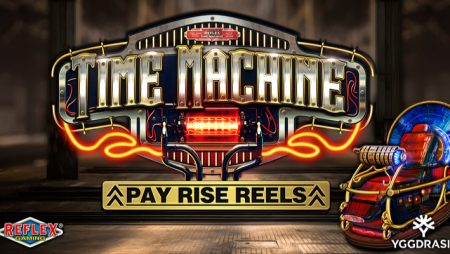 Yggdrasil has published the latest result of its YG Masters partnership with Reflex Gaming, having debuted the GATI-powered video slot, Time Machine, which is the UK-based manufacturer and game developer’s first title to feature the new Pay-Rise mechanic.

Set in the early 20th century, in Victorian England, the centerpiece of this 5-row, 3-reel, 243 payline sci-fi game is a fantastical time-traveling machine that hints of the famous inventor Nikola Tesla. Playable on mobile devices, as well as laptop and desktop, the low volatility slot has a 95.50 percent RTP, along with wins up to €7,261.

Thanks to the innovative Pay-Rise mechanic, which is active during base gameplay, there are up to 16,807 ways to win, with players awarded an extra respin after any win. For every successful respin, the reel increases by one, up to a maximum of 7 x 5 reel layout.

Wins are formed by landing three or more identical symbols from left to right, starting from the leftmost reel.

Triggering the extra spins feature happens if the game reels grow to seven symbols high. When the feature starts, players receive seven spins during which each of the game’s 16,807 paylines are active. It is possible for more spins to be won if a 1+ symbol appears on either reel one or five.

“Time Machine is an immersive new hit that combines anticipation and big win potential. It’s the first game where we have deployed the Pay-Rise mechanic. As a player, that means going from having 243 ways to win to having up to 16,807 ways to win. This is a very lucrative mechanic that offers players a thrilling experience.”

The CPO explains that the combination of steampunk and industrial influences, along with the game’s futuristic soundtrack, they wanted to create a “moody environment.” Ingram concluded that the game “will appeal to sci-fi fans and players who enjoy higher volatility.”

For its part, Yggdrasil Head of Product and Programs, Stuart McCarthy, said they “urge” players to travel in time back to the Victorian age in their engaging new hit, Time Machine.

He mirrored Reflex Gaming‘s CPO, explaining that with the game’s “increasing reels and paylines, every spin can lead to huge wins, with respins driving engagement to new heights.”

McCarthy added that their YG Masters program “continues to facilitate incredible games, and this is another we’re very proud of.”

As mentioned, Time Machine is the Newark-headquartered omni-channel games supplier‘s most recent launch via the successful YG Masters program, and is powered by GATI, Yggdrasil’s advanced,  language agnostic, preconfigured, regulation-ready development toolkit that enables partners to build and deploy faster globally and fuels both YG Franchise and the YG Masters program.