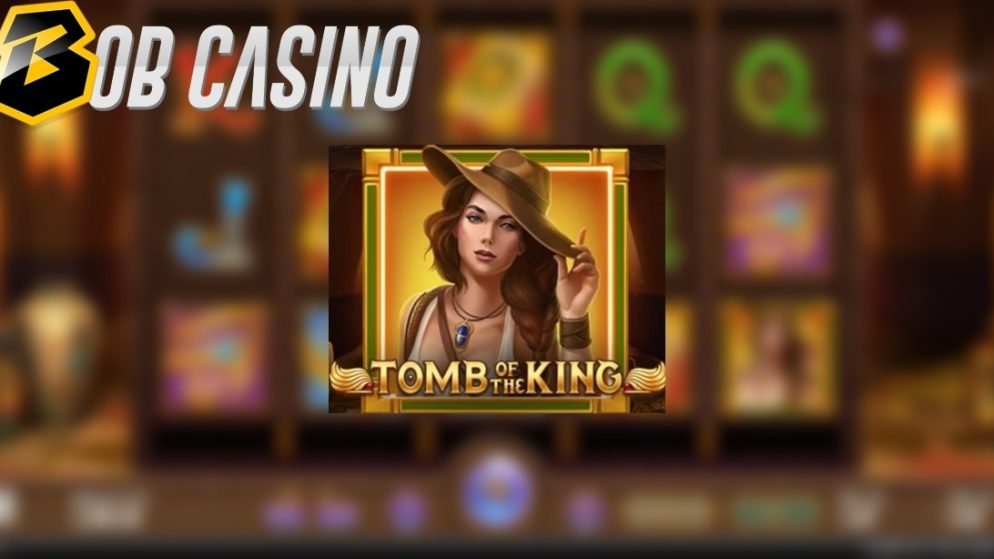 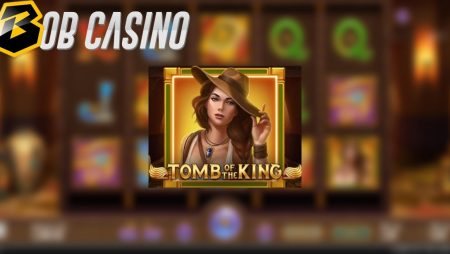 It’s almost a century since the tomb of Egypt’s most famous pharaoh King Tut was discovered almost intact. Since then, the 3300-year-old tomb has become an international sensation with several movies, documentaries, and now video slots being inspired by it.

Tomb of the King, the new slot release from Gamevy, is based on the story of a female explorer who travels to the Valley of Kings in Egypt to explore this treasure-laden crypt. Set inside it, the game presents punters with a whole host of rewarding features such as multipliers of up to 500X and expanding symbols that further up the game’s potential to fortuitous heights during the bonus round.

Play Tomb of the King Slot for Free

Dwelve into yet another Egyptian adventure: play Tomb of the King on Bob Casino or check out the free demo right here:

With a tip of the hat, the female explorer introduces you to the other symbols in the paytable whilst offering a payout of up to 500X. They include the simple, time-honored selection of Blackjack icons from 10 through to Ace awarding you up to 15X and a collection of Egyptology-based icons such as a gold death mask showing the pharaoh’s face paying up to 200X, as well as the Eye of Horus & pharaoh’s seal offering up to 75X.

There’s also a golden, clunky book that doubles as the scatter and wild. Acting as the wild, it replaces all other symbols to complete a winning combination, which is customarily comprised of 3 or more of a kind lined up from the leftmost reel.

The main attraction of the game feature-wise is by far the 10 free spins bonus round. It is activated by matching 3 or more scatters anywhere on the grid. Before the session starts, a random symbol is selected to act as an expander along the reels to help you bag more wins. A payout of 7-27X is also awarded depending on the number of scatters matched on the grid.

Let’s get it off our chests at this parting shot- this slot can easily be construed as a replica of other Egyptian-themed slots in the market, including the newly released Doom of Egypt by Playn’ Go, and we are sure seasoned players will be shouting that from the sidelines as they read our review.

That said, we also want to point out that the up and coming developers at Gamevy have done their absolute best to ensure their game reaches out to punters with its own merits such as the fairy strong paytable, quality graphics, and Colour & Suit Gamble Feature among others. This makes it worth a try, especially for those committed to this genre or those who are all about a genuinely simple & rewarding slot.