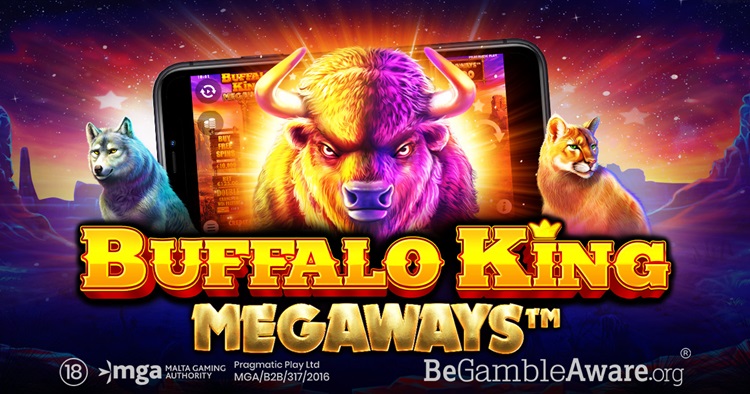 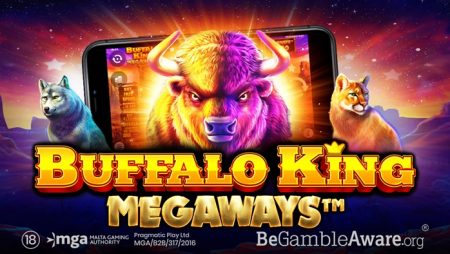 After recently adding to its live casino arsenal and inking another multi-vertical partnership, Pragmatic Play has launched an updated version of its wildly successful 2019 classic online slot, Buffalo King, adding a Megaways kick.

Returning to the prairies of North America where the massive herbivore roams, the highly volatile 6-reel video slot comes complete with a massive 200,704 ways to win at full tilt, and of course, the popular Megaways mechanic on lease from Australian developer Big Time Gaming (BTG).

In addition to the huge ways-to-win jump from 4,096 ways of the original, the video slot remake which is available for play on any device also offers an improved default return to player (RTP) of 96.52 percent. Additionally, symbol values have also increased, starting with the low pays comprising 10 to A card icons, which join wolves, cougars, eagles, moose, and the mighty buffalo. Landing a line of the latter is worth 20 times the stake, while a wild symbol appearing on reels 2, 3, or 4, replaces any of the standard pay symbols.

During gameplay, a cascading mechanic or tumble feature kicks in after every win and removes winning symbols from the reels, after which new tiles drop down filling the empty spaces, possibly triggering another win. Tumbles return until wins stop lining up. Also featured is a “Free Game, ” with extra spins triggered when at least four scatter symbols land on the reels. When that happens, players are awarded from 12 – 22 extra spins as well as a prize of 5x, 20x, or a huge 100x the total bet, for 4, 5, or 6 scatter symbols. Also appearing are wilds, which show up with attached multiplier values of  x2, x3, or x5, with the values accumulating on each tumble.

Before each spin, players can choose to purchase extra spins for a cost of 100x their total bet and can tack on an additional five rounds if they land at least three scatter symbols on the reels of this nature-inspired remake of the 2019 original, Buffalo King.

In a company press release, Chief Business Development Officer for Pragmatic Play, Yossi Barzely said the new title adds to the company’s collection of classic hits that have been “turbo-charged” with the Megaways brand.

“We’re always looking to bolster our product range with inventive titles and engaging themes, so we look forward to seeing how the new game is received by our audience.”

The new release is hot on the heels of the provider’s new partnership with Latin American operator Jazz Gaming that sees its virtual sports, slots, and live casino offerings go live with the online operator. Pragmatic also welcomed another title to its popular live casino portfolio, having launched multi-player card game Dragon Tiger to its growing live casino games arsenal.

More about:  SiGMA Group Is Postponing Its Physical Expositions – But There Will Be a Digital Conference