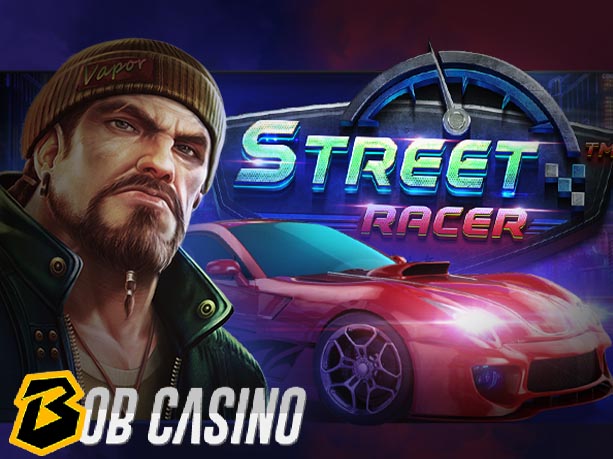 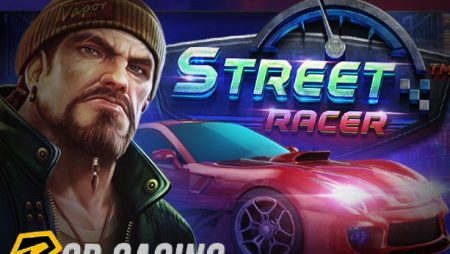 The developers at Pragmatic Play head down to the streets of Vegas for some cannonball runs in their brand new slot, Street Racer. Uncharted territory for the multi-award-winning developer this time, but with a few street racing movies to draw inspiration from, they manage a rather captivating storyline enough to draw every punter out to the stands. Much like in the souped-up 2014 melodrama, Need For Speed, we witness a handful of racers who have already been to the car tuners as they battle it out with their mods, only that they do it on reels here.

Cheer on a quintet of street racers for some decent payouts on the reels! Play Street Racer for real money here or enjoy a free demo below:

Bets ranging from 0.2 to 100 units of any currency, as well as various commence-play options, are availed by the familiar Pragmatic Play UI we see in virtually all their slots. Just above it, there is a 5X4 grid setup, which is fairly transparent to allow a good view of a backdrop that features a glitzy Los Vegas sighting, where a flagger is ready to flag off a couple of aggressively-styled speed demons.

Math model stats are decent enough, starting with a comfortably above-average default Return to Player percentage of 96.52%. Meanwhile, the volatility meter on the game’s menu shows a 4.5/5 rating, meaning Street Racer can feel like battling a supercharged Mustang with a Peel P50 in between good moments. To answer the question of how far the good moments can go, let’s take a look at the paytable, available paylines, as well as the extras.

Premiums are comprised of the star racers, namely Vapor, Ignite, Bolt, Alpha, and Firefly. The first-mentioned is the top-payer here with rewards of up to 10X on a normal round. There is also a bunch of low-pay blackjack fillers, which rack up prizes of only up to 1.25X on a single line.

The first special symbol you should watch out for is the speedometer-shaped wild, which can show up on reels 2, 3, and 4 any spin. It takes the place of all the regular payers to help complete winning combinations.

Land Free Spins symbols on reels 1, 3, and 5 to gain entry into the bonus round. There are different volatility levels on offer here, accessible by selecting one of the star racers to represent you. Vapor is the most volatile option, followed by the rest in order of their appearance in the paytable.

The payouts are better during the bonus round, all thanks to a few alterations. First, the driver you choose comes with boosted payouts for the session with Vapor and Ignite, for instance, paying up to 50X and 37.5X if selected. Second, the free spins session is tiered, requiring you to collect three nitrous cylinders to advance to the next level, where you will have higher chances of collecting more of symbols of the driver you chose through a symbol transformation. If you choose Vapor as your driver, for instance, and you manage to advance to level two, Firefly’s Symbols will transform into Vapor’s for the rest of the session. The same happens when you are advancing to level three, where Alpha’s symbols transform into Vapor’s. That continues up until the 5th and final round when Ignite’s symbols are finally transformed into vapor’s, giving you very high chances of landing a full grid of Vapor’s symbols, which will pay the premier prize of 2000X (50X on 40 paylines).

If it were not for the bonus round feature that triggered quite often during our test runs, Street Racer would have been yet another entry on our hard-pass-slots-for-you list. The bonus round hit rate was quite high, giving us at least one free spins session for every 30 spins on average. Besides that, there wasn’t much left to like about the slot with its average returns of 2000X, which only seemed accessible by selecting the bonus round’s most volatile option. 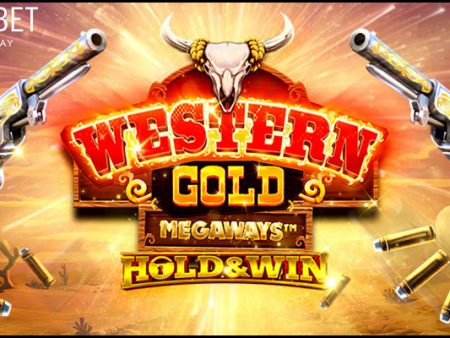 iSoftBet fully launches its new Western Gold Megaways video slot
10 hours ago
Recent Comments
Categories
Recent Posts
18+
Gambling News from NewsCasinoNew.com is made for the most passionate fans of online casinos and internet gambling. We cover everything: from popular gambling world events and trends to new casino slot game releases and reviews, you will find the latest news stories.