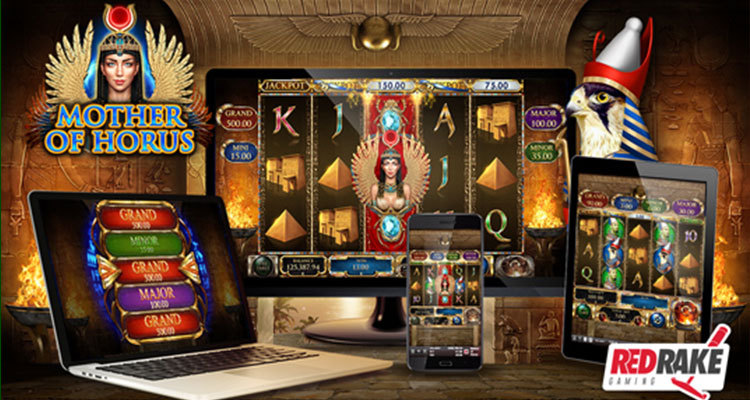 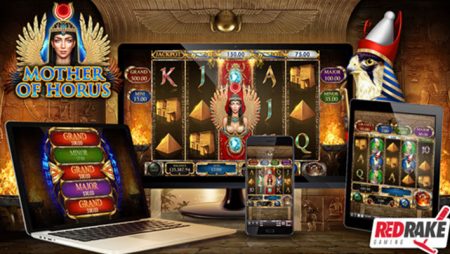 Great Egyptian goddess Isis, the mother of Horus, is the focus of the latest slot release by Red Rake Gaming. Aptly titled Mother of Horus, the 5×3 video slot takes players on an adventure filled with features including an upper prize bar, extra spins and more. Give the title a spin to see what you can uncover.

In the game, players will find an upper prize bar located on the board. During the regular and extra spin features, the Isis symbol will appear on the reels. Players will earn prizes from the symbol based on what the upper bar feature reveals. Players can earn wins, extra spins or jackpot roulette with this feature.

In the regular mode, the Isis symbol can only appear on the 1st, 3rd or 5th reels. When extra spins are provide, she can appear on any reel. With this game and the Isis symbol, players can win various prizes with just a single spin!

According to Red Rake Gaming…

Mother of Horus also includes a Jackpots feature that begins with Destiny Roulette. There are three types of wins: the Minor, Major and Grand jackpot. When activated, each jackpot will be placed in the player’s balance immediately. Players can earn access to more than one roulette game at a time, and if this happens, the games are played back to back.

During the extra spins round, the feature provides 10 spins for each reel where Isis is found. When she shows up again on the reels during extra spins, the slot will provide two more spins!

Both Mother of Horus and Twin Harlequin, as well as many other Red Rake Gaming titles can now be enjoyed. Give each game a try today to see the unique features the software developer places in their games!