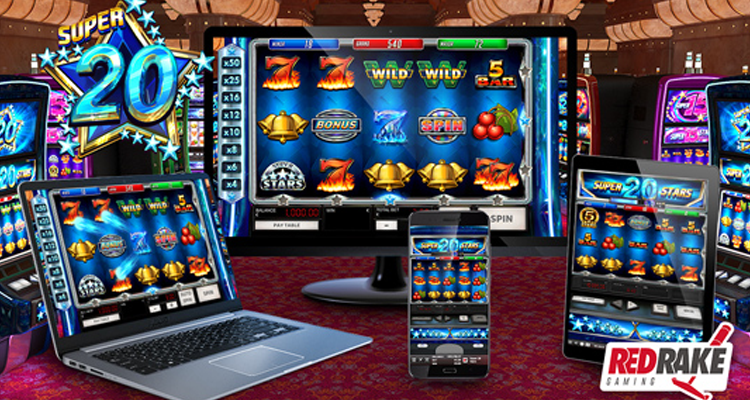 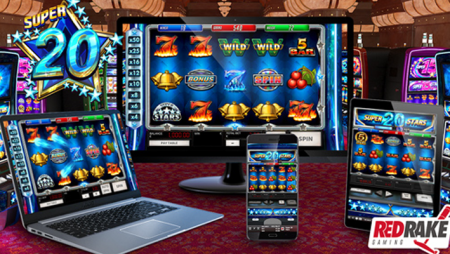 Top-rated online casino game provider Red Rake Gaming has announced a new online slot release. Super 20 Stars is the latest in the Super series, providing a 5×3 grid with all the popular features the series is known for. You will also find a few new options including multipliers and crystal symbols. The new slot has a classic feel with unique features that add a little boost to the reels!

A new feature of the online slot is the Crystallize Symbols. The feature crystalizes the symbols once a blue star appears at the bottom of the game grid and one to the right. This position signals an area on the rows and the feature begins.

The symbol that is in the position signaled by the feature will crystallize. It turns all other symbols of the same type as well. After the crystallization process is completed, multipliers appear. Wins from the crystallized symbol will be multiplied based on the value given. It can be up to 50x the win.

Along with the new feature, Red Rake added in the familiar options as well, with Super 5, Super 7, Super 10, Super 12, and Super 15 options. In Super 15, you can activate the Star Fusion Minigame which gives you a chance to earn more wins. The Super 15 symbols can combine and create larger symbols to build winning combinations.

With Super 5 Stars, you have an opportunity to win up to 200x the bet plus play the Roulette Bonus. In Super 7 Stars, the symbol appears in the middle of the grid and will expand. The symbol then remains in place while the other icons respin for potential wins.

Super 10 Stars gives you access to the Mini-Slot, which provides instant extra spins as well as multipliers. The final feature, Super 12 Stars, will provide the Lucky Stars feature. This round sees the symbol converted into three stars and they remain fixed. Then you are provided three extra spins. In the features, you have a shot at winning the Minor, Major, and Grand jackpots.

More about:  Macau to oblige all land-based video slots to feature a clock by the end of 2024

The new Super Series slot is live now, so give it a try to see what the stars will provide!

Max Dangerous and the Lost Relics

Before releasing Super 20 Stars, the developer was busy revealing the new Max Dangerous and the Lost Relics slot. Launched in late June, the new slot features the archaeologist as he tries to find ancient relics in this unique adventure.

The slot is buzzing with excitement as it includes wilds, multipliers, and cascading wins. Sticky wilds can also be found on the reels along with five unique icons that will trigger special features on the reels.

Give both of these new online slot games a try to see the diverse selection of content that Red Rake Gaming is known to provide.