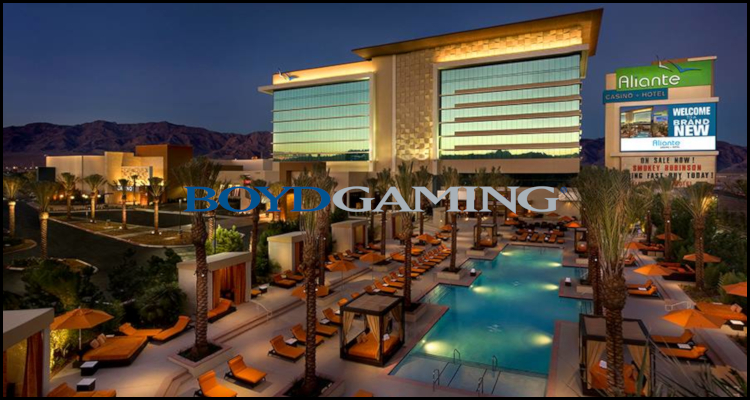 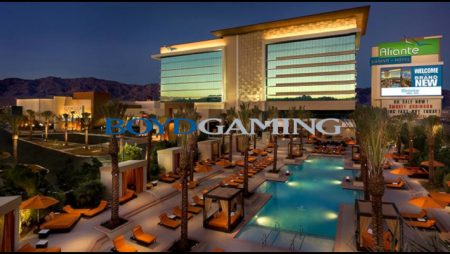 American casino operator Boyd Gaming Corporation has released its third-quarter financial results showing that it recorded a rise of 29.3% year-on-year in net revenues to top $843 million.

The Las Vegas-headquartered firm used an official Tuesday press release to detail that its performance over the three months to the end of September followed a coronavirus-disrupted 2020 and included a boost of 38.8% year-on-year in adjusted property earnings before interest, tax, depreciation and amortization to an all-time high of $360.6 million. The company behind the 211-room Aliante Casino and Hotel moreover explained that its third-quarter net profit swelled by 262% year-on-year to beyond $138.1 million as it shattered cashflow records in each of its trio of operating regions.

Boyd Gaming Corporation was established in 1975 and is currently responsible for 28 properties spread across the states of Nevada, Ohio, Illinois, Pennsylvania, Mississippi, Kansas, Iowa, Missouri, Indiana and Louisiana. The New York-listed operator also disclosed that individual share income for the three months to the end of September had increased by nearly 267% year-on-year to hit $1.21 as it enjoyed a fifth consecutive quarter of growth following the downturn brought on by last year’s coronavirus pandemic.

More about:  Three companies in the running for North Rhine-Westphalia casino monopoly

The President and Chief Executive Officer for Boyd Gaming Corporation, Keith Smith (pictured), used the press release to proclaim that his company has ‘made fundamental changes to our operating philosophy’ since re-opening at the back end of last year so as to sharpen its focus and build core customer loyalty while simultaneously ‘executing our business at a much higher level of efficiency’. He divulged that one of these alterations could soon see the firm’s cashless Boyd Pay slot loyalty innovation, which is already operational at eleven facilities in four American states, rolled out in its eleven-strong estate of Nevada properties for use at restaurants and table games.

Read a statement from Smith…

“Continued growth in visitation and spending among our core customers combined with our more efficient operating model resulted in a third-quarter company-wide revenues record, earnings growth of more than 42% and a nearly 400-basis point improvement in operating margins. As the pandemic recedes, restrictions are lifted and additional guests return to our properties nationwide, we are confident in our ability to drive continued revenue and earnings growth throughout our business.”

Buoyed by its recent success and Boyd Gaming Corporation, which holds a 5% stake in American sportsbetting behemoth FanDuel Group, additionally noted that its board of directors has reacted to the good financial news by authorizing a $300 million share repurchase program that could well see it simultaneously increase expenditure and renew its considerable marketing efforts.

“This program reflects the board’s confidence in the long-term prospects for our business as well as our balanced approach in allocating capital to growth investments, deleveraging and returning free cash flow to shareholders.”