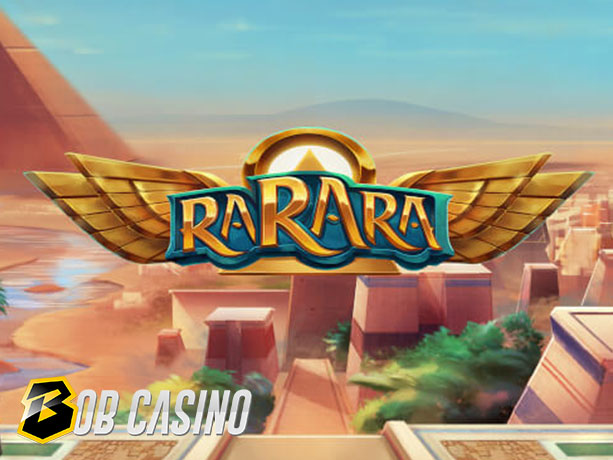 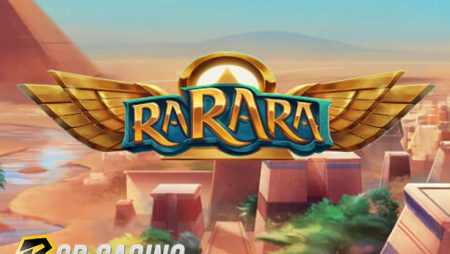 Falcon-headed sun & creation deity Ra was one of the more prominent gods in the Egyptian pantheon. Egyptians believed that he was the most powerful Egyptian god since he had merged with others, most prominently Amun, the god of the wind. So distinguished was he that even Tutankhamun, the Boy King, was named after him (Tutankhamun translates to living image of Amun-Re or Ra).

Things are not different in the slotsverse, where dozens of releases trying to depict his image manifest the reverence for this god. This review is about the latest entry, RaRaRa, hailing from Quickfire partners, Golden Rock Studios.

Golden Rock Studios goes for the same setup they used in Star Gods. That is a 5X3 grid with a mesh of ten paylines underneath. Is that the only similarity? Well, no, sadly. As it appears, the developers at Golden Rock studios have learned the art of re-skinning slots early. RaRaRa is just Star Gods with a trio of Egyptian Deities taking the places of Fu, Lu, and Shou.

Being a re-skin, the math model remains virtually the same, starting with a below-average RTP rating of 95.97% and 25.25% hit rate. Bets of €0.1-400 are available, meaning that only the upper bet limit gets an extension by two hundred units of the primary currency. Wins occur whenever at least three identical symbols land on any one of the ten fixed lines. It is a both-ways-pay system, with combinations counting from both left and right.

On to the symbols appearing on the grid, you shift from the orient to ancient Egypt with ankhs, scarabs, and the like.  The values remain the same as in Star Gods, though, with the premium base reward on the paytable being 30X.

Watch out for the Wilds

Same as in Star Gods, wilds only appear on the second, third, and fourth reel to turn sticky and award a re-spin where a win is guaranteed. Basically, the only way the reels will stop re-spinning is when there is a winning combination or when a scatter lands to trigger the Free Win Spins Feature.

Two free win spins trigger initially. Not to worry, though, as an additional one awaits for each unsuccessful round. The triggering wilds also remain sticky for the duration of the session, with any other wilds landing turning sticky as an additional free win spin gets unlocked. If a scatter lands here, it retriggers the bonus round.

Also important to mention is the Comeback feature. Here, two additional rounds reflect on the free win spins tally only if you do not get a bonus round-retrigger and there is just one stacked wild in view.

There is not much to say about any re-skin. It either drowns in the failures of the original or rides on the successes of the original. In this case, we tend to think it is the latter. Most of you will think otherwise, but hear us out.

RaRaRa does not promise free spins by the dozen. Wins are, however, guaranteed in the few it offers, not ignoring the fact that retriggers are possible. Secondly and finally, the potential is not the most epic, but does that even matter in a universe where the chances of walking away with a slot’s max figure are close to none?

Could Newly Elected President Joe Biden Rescind the DOJ 2018 Opinion of the Wire Act?
3 hours ago
Recent Comments
Categories
Recent Posts
18+
Gambling News from NewsCasinoNew.com is made for the most passionate fans of online casinos and internet gambling. We cover everything: from popular gambling world events and trends to new casino slot game releases and reviews, you will find the latest news stories.