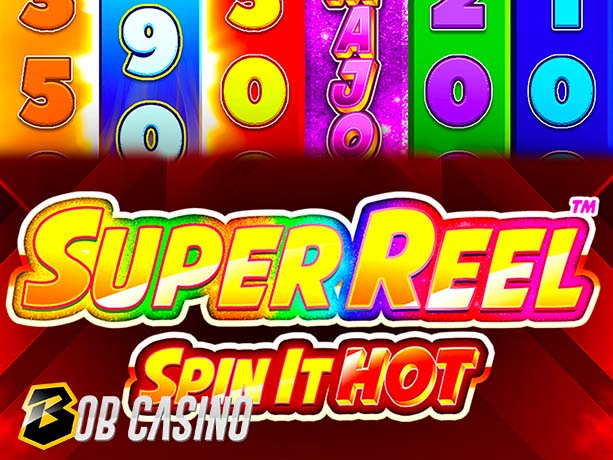 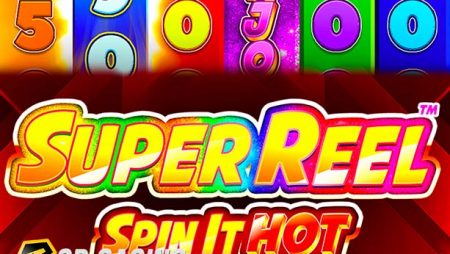 iSoftBet invites players to test their mettle in their brand-new slot hit Super Reel™ Spin It. This event follows an open beta testing phase with select operators, which was a huge success. Is there enough to make the rest of us like the release now that it has hit the lobbies of all iSoftBet operators? Let’s see.

iSofBet attempts to elevate the classic theme to new heights! Play Super Reel Spin It For real money here or enjoy a free demo below:

Like most slots in the classic genre, Super Reel opens to a 5×3 playing area offering 20 paylines for landing winners. The developer has, however, attempted an upgrade with an upper section that displays prizes constantly. We will come to that a bit later. For now, let’s go over the stats & basic rules.

Hitting the casino chip-shaped button allows the player to set a bet from 0.2 to 20 Euros by selecting different coin values, which start at 0.01 to 1€. The game can be played on any device’s browser, including Microsoft Edge- for those who still use it. As expected from virtually all the slots in the genre, wins may hard to come by here, an effect aggravated the medium volatility setting that leans more on the high side. Helping assuage things is the RTP rating, which manages to hit the average mark (96%).

As expected, base game rules are not that complicated. A winning combination is formed when at least three identical symbols connect on any one of the 20 win-lines, counting from left to right. There are nine regulars in the game, comprised of the usual culprits, namely diamonds, sevens, bells, cherries, and blackjack icons. The first-mentioned is the premium, racking up 20x for five of a kind.

To make it easier to land winners, the developer made sure to include a wild symbol. It can show up on any spin to substitute any regular to complete a winning combination.

Remember the array of prizes we mentioned earlier? These can only be won in the Spin It Hot Re-spins. The hot prizes range from 0.5x to 9x the bet, topped by three fixed jackpots valued at 10, 25, and 50 times the bet.

Appearing alongside the regular symbols and wilds are the gold spin-it-hot symbols, which trigger the named feature. At least six of them are required, triggering three re-spins on ten special reels, where the goal is to land as many spin-it-hot symbols as you can. There are three points to note. One, the re-spin count resets back to three whenever a gold spin it hot symbol is landed. Second, only golden spin it hot symbols can award a hot prize. Third, the spin it symbols can only land in the middle position of any reel.

Moving on, each golden spin it symbol landed locks the reel it is landed on, guaranteeing a hot prize at the end of the re-spin session. And that’s not all. The super spin will be activated if you manage to lock all reels, playing with all possible winning positions covered.

Land three, four, and five free spins symbols to trigger eight, twelve, and fifteen free spins. Spin It Hot Re-spins trigger is possible just like in the base game, only that the hot prizes get upgraded up to 1000x bet!

Bonus round retriggers are possible. Good news, considering that the chances of triggering Spin It Hot Re-spins are higher in free spins.

To anyone who doesn’t fancy classic-themed slots, this iSoftBet release will feel as good as the filler Walking Dead extended season episodes. No matter what we say, they won’t see why we needed one more of these. Classic slot fans, on the other hand, will grind hard on Super Reel™ Spin It Hot, wowing at how perfectly it has nailed the aspects of this type of gameplay, bumping up the potential without overcomplicating things.