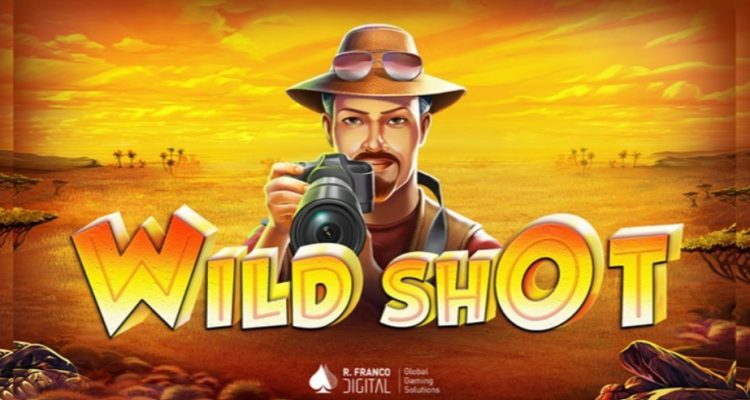 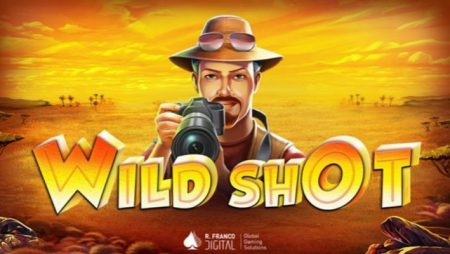 Enjoy the elements of photography and online slot gaming on the reels of Wild Shot by R. Franco Digital. The software developer just introduced this new title, providing players with an experience on the open savannah, complete with wild animals. Find yourself among these wild creatures, with adrenaline pumping as you have to find your way out of tricky situations!

Load the reels of Wild Shot and find yourself in the hot and open African Savannah. The reels are encased in bark and feature golden royal icons and creatures in this habitat. Elephants and rhinos are among the creatures you will find here.

Trigger three or more of the scatter icon on the reels and enjoy casino spins. Three, four, or five of the scatter symbols present 15, 20, or 25 spins. Scatters that land in the special round will convert into special positions on the online slot game reels.

As mentioned, photography is an element of this game. As you play, eight to ten positions on the reels may be chosen at random with a frame. This is part of the photography feature. The framed icons are considered special positions, and there will be at least one per reel.

At the end of a spin, the animals in a special position will change into a wild. This helps to boost the chance of landing a winning symbol combination.

Franco Digital Commercial Director Mario Benito commented on the new game by stating: “With Wild Shot, we have created a slot experience that combines interesting game mechanics with a theme featuring the very best and wildest elements of the natural world.

“It is a game that features superb visuals and a fascinating theme. I am certain that with its dynamic gameplay, Wild Shot will resonate with our operator partners’ players across LatAm and MGA markets.”

It’s been a while since we have featured an R. Franco Digital online slot game. Back in 2020, the company released a new title called TIME LAB II—Olympic Games. The special slot is a follow-up to the popular TIME LAB game and is based in Ancient Greece.

The game includes Grecian symbols and royal icons, all with an ancient designs. Scatter icons help launch casino spins while the bonus round offers fun chariot races. The new game was the second iteration of the time traveler series, with players taking to the new title fairly quickly.

Inspired Entertainment Incorporated proposing PlayAGS Incorporated buy
3 hours ago
Recent Comments
Categories
Recent Posts
18+
Gambling News from NewsCasinoNew.com is made for the most passionate fans of online casinos and internet gambling. We cover everything: from popular gambling world events and trends to new casino slot game releases and reviews, you will find the latest news stories.