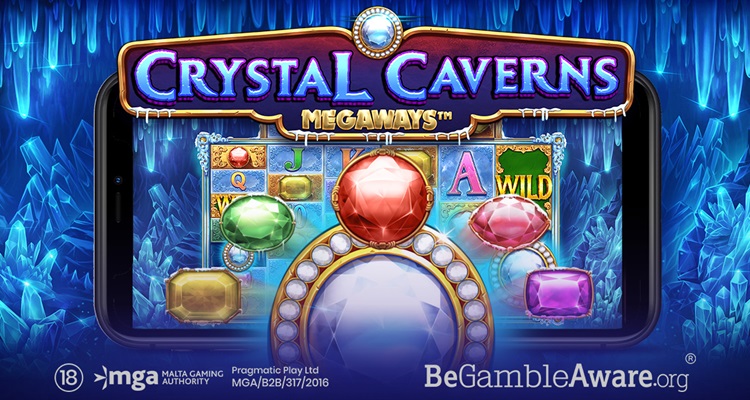 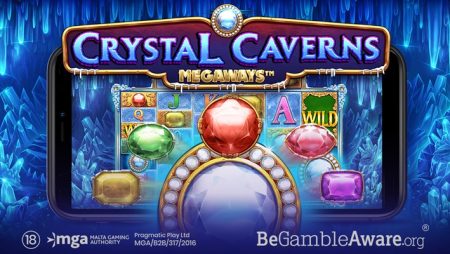 Pragmatic Play has launched its final online slot release of 2021, with Crystal Caverns Megaways whisking players off to a frozen wonderland home to glistening icicles and precious gems along with wins as high as 10,000x the bet!

Set in an underground cavern where icy blue stalactites hang from the ceiling and protrude from the walls, the game is played on a panel comprised of six main reels and 2 – 7 rows thanks to the Megaways mechanic under lease from Australian online slot developer Big Time Gaming (BTG), with paylines maxing out at 117,649. Each reel holds between 3 and 7 symbols, and a horizontal bonus reel is situated above with 4 positions.

Playable on all devices, the default RTP is 96.46 percent for this high volatility video slot while helping players earn big wins are exciting features including Wild Symbol, Tumble, Expanding Wild, Increasing Multiplier, Extra Spins, and depending on the jurisdiction, a Bonus Buy.

Winning combinations are formed by landing at least 3 of the same symbols on adjacent reels starting at the far left. As far as the game’s symbols, the lower pays are J, Q, K and A playing card value icons while high pays consist of pink, green, purple, blue and red crystals. Landing 6 high pays on a payline is worth between 1.5 and 25 times the bet. The Gold Wild symbols land on reels 2, 3, 4, 5, and 6 and can replace all other symbols with the exception of the Scatter.

There is no shortage of features here and they each serve their respective purpose. We already detailed the regular wild, so the remaining features include:

Commenting on the final title of the year, Julian Jarvis, Chief Executive Officer for Pragmatic Play, said via company news…

“Crystal Caverns Megaways™ pairs high-volatility excitement with glorious visuals in an experience that will have players on the edge of their seats.

“We are delighted to be able to round off what has been a hugely successful year with one of our strongest slot titles, and cannot wait to see how players react to the unique gameplay.”

The new title follows other December games including the seasonal remake of Reel Kingdom’s popular fishing-themed slot Christmas Big Bass Bonanza and the pirate-themed title Smugglers Cove, which is a high volatility, 5-reel, 3-row slot with 20 paylines and a max win of 10,000x. The latter of which coincided with the Gibraltar-based provider’s debut in Argentina’s capital city of Buenos Aires.

Pragmatic Play’s three December slot releases follow Santa’s Wonderland, along with the latest in the John Hunter series, the Egyptian-themed Book of Fallen, and what is sure to be a hit Super X, each of which joins Pragmatic Play’s award-winning portfolio of 200-plus HTML5 titles.