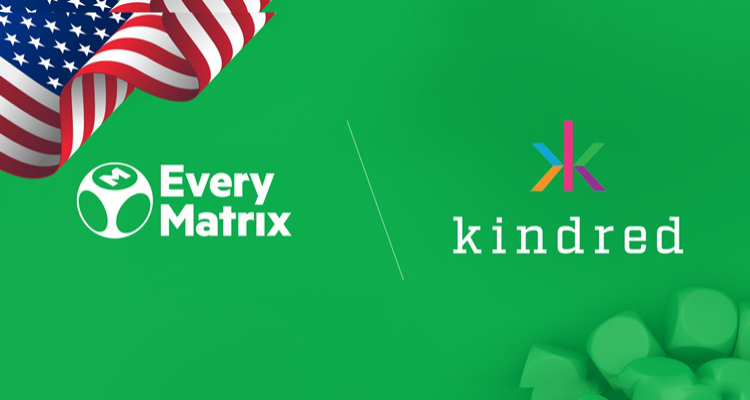 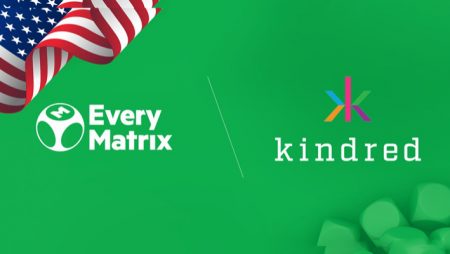 Furthering its push to become one of the leading iGaming technology provider’s in the United States, EveryMatrix has entered into an agreement that will see its online casino content integrated with international gambling operator Kindred Group plc (KIND-SDB.ST) for distribution throughout America.

Under the deal, the operator’s existing casino offering will be enhanced via the provider’s proprietary games from its own gaming development studio, Spearhead Studios, which currently boasts more than 50 titles in its video slots portfolio, and Armadillo Studios, EveryMatrix’s first iGaming studio investment in the United States.

The integration will allow Kindred to choose whether to add more vendors as they become available via the supplier’s CasinoEngine iGaming integration platform.

“We are very excited to partner up with EveryMatrix and bring the top-quality content from Spearhead Studios and Armadillo Studios to our U.S. customers, in our intent to bring a best-in-class Casino offering to the U.S.”

In early June this year, the B2B iGaming software provider announced that Armadillo Studios would be based at its American headquarters in Miami, Florida and that its team there managed by Razvan Haiduc as Chief Executive Officer and David Stoveld as Chief Operations Officer, would be developing American-focused online casino games based on market-specific player preferences.

According to the company press release, EveryMatrix anticipates that the U.S. will become the global leader in the regulated online gaming market over the coming years and as such is making significant investments in licensing efforts to have access. And in keeping with its extension plans in the states is engaged in several licensing processes, including in Pennsylvania and New Jersey where Kindred operates via its flagship Unibet brand.

Also commenting on the new partnership, Erik Nyman, President Americas for EveryMatrix, said Kindred Group is one of the first company’s to adopt Igaming and sportsbook internationally and have been very successful from the start.

He added that they are “very pleased” to become EveryMatrix’s trusted partner in the U.S. market, and explained…

“We will be supplying a large selection of games to appeal their U.S. players through our iGaming Integration Platform, CasinoEngine. This partnership further enhances EveryMatrix position to become the leading technology provider in America and we trust Kindred’s players will enjoy our games portfolio and bonus features.”

The Miami commercial hub is the firm‘s third significant inventment in games development following the November 2019 launch of Spearhead Studios and then its sixth iGaming standalone solution, RGS Matrix, a month later in December, and in May this year heavily investing in up-and-coming gaming studio from Sweden, LL Lucky Games AB (Lady Luck Games), in advance of the Swedish firm’s June 23, 2021 NASDAQ First North Market listing.