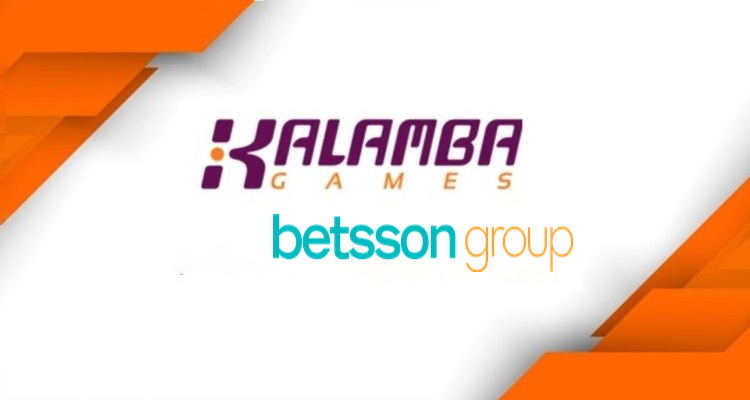 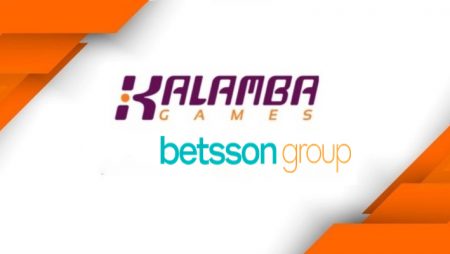 After recently inking a licensing agreement with Big Time Gaming (BTG) for its popular Megaways mechanic, Kalamba Games has now partnered with Swedish operator Betsson Group in an alliance that includes the direct integration of its quality online slot games.

Courtesy of the deal, a range of titles from the Malta and Krakow-based games studio are now available to players at Betsson Group’s more than 20 brands including Betsson, Betsafe, Nordicbet, Casinoeuro and others, significantly elevating its profile across key regulated European markets.

Kalamba’s slot portfolio is currently home to 50-plus games, each of which features creative narratives and innovative features and mechanics, including top-performers Ducks ‘Til Dawn and Blazing Bull, original to the 2021 sequel, and the recently released Super Size Atlas and the Asian-themed Legend of Senteng, each of which is part of the sampling players can enjoy.

“We have worked with Kalamba for a number of years via Relax Gaming but it is great to now expand this partnership and to be taking a selection of its slots into game lobbies across our roster of brands.”

Kalamba’s content is currently live with more than 400 operators by way of its proprietary Bullseye RGS platform, in addition to partner aggregation platforms. Since its founding in 2016, it has grown into an industry-leading content and technology provider and in addition to its own remote gaming server (RGS), has developed its Stargazer analytics platform, as well as a range of promotional tools.

The partnership is the latest step in the provider’s growth strategy that has seen it gain certifications in the Netherlands, Sweden, Spain, Portugal, Italy and other European countries as it makes its content and services available to an ever-growing roster of clients across key markets.

“Having our titles in the casino lobbies of an operator like the Betsson Group is a definite milestone for Kalamba Games. Its reach and reputation are second to none and the direct integration is a mark of how far we’ve come as a developer, read a statement from Andrew Crosby, Chief Commercial Officer for Kalamba Games.

The CEO said they are looking forward to providing Betsson Group’s players with the “quality games” they’ve become known for and they “can’t wait to get started.

Recently, slots and table game provider Habanero Systems launched with online casino and bookmaker, Betsafe, which is one of the flagship brands owned by Betsson Group.

The arrangement in March this year builds on an already established partnership deal between the Stockholm-based group and Habanero, which at the time, integrated all 56 of the latter’s Italian certified slot and table titles with StarCasino via iSoftBet’s Game Aggregation Platform (GAP). Since going live in March 2020, the partnership has gone from “strength-to-strength” in Italy.

In addition to its widespread success in Italy, Betsson Group’s alliance with Habanero now extends to the Baltic region and beyond, across Central and Eastern Europe countries (CEE), with the March 2022 deal demonstrating the “excellent relationship” between the two companies.

And as mentioned, earlier this month Kalamba signed a licensing agreement with Australian developer Big Time Gaming (BTG), and is now able to integrate its popular Megaways™ mechanic into its new releases, further enhancing its diverse game portfolio.