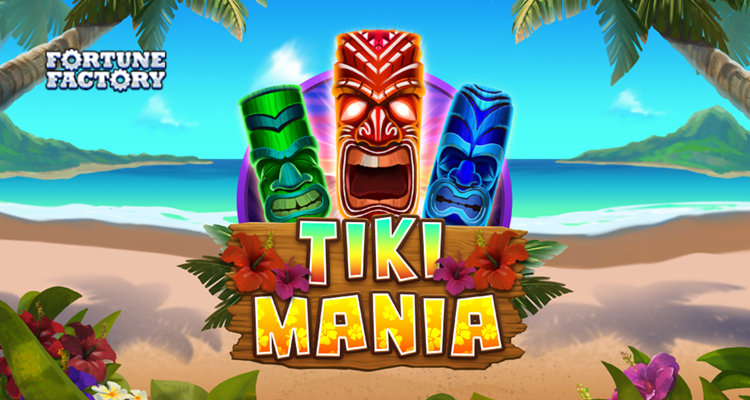 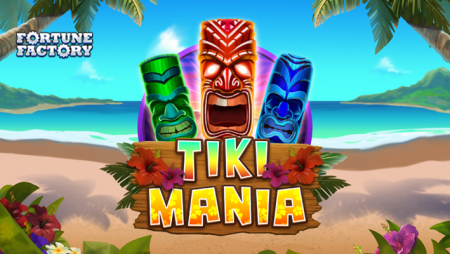 Get your bathing suits and sunscreen ready because online casino game developer, Fortune Factory Studios, is taking us to Hawaii’s white-sand beaches in Tiki Mania.

Developed exclusively for Microgaming, the new video slot is the fourth addition this month to the Isle of Man-based technology provider’s award-winning stable of games. It is the sixth title created by the studio introduced by the Douglas-headquartered company in early October 2018.

“Fortune Factory Studios have developed yet another high-energy and colourful slot game.”

During gameplay, players are transported to a high-energy tiki party, where coconut drinks with little umbrellas, ukuleles, and drums serve as the game’s symbols and brought to life with respins, Nudging Multiplier Wilds and a Jackpot feature.

The arrival of Red Tiki Wilds are boldly announced by traditional Hawaiian drums as they spring to life and land in any position on reels two and four filling the entire reel and creating a wild stack and award players a respin. Stacks of Nudging Multiplier Wild race along the reels during the respin feature, awarding players with multipliers of up to 3x, and combining for significant win potential. During this feature, additional respins are awarded to players on each win.

Coins are added to the seashell-bedazzled collection pot, which sits strategically positioned above the reels, with each Red Tiki that lands. The possibility of the jackpot feature being triggered exists with every coin that is collected, “granting one of two guaranteed prizes” of 50x or 1,000x the initial stake.

The tiki party kicks into overdrive as players land a trio of Princess Kaia scatter symbols, unlocking 10 extra spins to start, plus one additional for each scatter found within the feature. Nudging Multipliers and Red Tikis flourish during extra spins, giving players a greater chance to retrigger respins and the much sought after Jackpot feature.

“Creating the animated and tropical world of Tiki Mania has been an enjoyable experience for us at Fortune Factory Studios. We can’t wait for players to experience Tiki Mania, the Hawaiian party serving up exciting mechanics and colourful graphics and offering the potential for huge rewards. Collecting coins with each Red Tiki Wild builds excitement and anticipation as the chase for epic wins via the Jackpot feature gets tantalisingly close!”

Hold on to your grass skirts as a Tiki Mania kicks off a legendary Hawaiian party that is now available exclusively to Microgaming operators.

The privately held Isle of Man-based technology provider has made quick work of rolling out a total of four exciting new titles this month from four of its nine independent game studios, including the most recent followed by…

Cowboys Gold™ Slot Review (Pragmatic Play)
1 hour ago
Recent Comments
Categories
Recent Posts
18+
Gambling News from NewsCasinoNew.com is made for the most passionate fans of online casinos and internet gambling. We cover everything: from popular gambling world events and trends to new casino slot game releases and reviews, you will find the latest news stories.