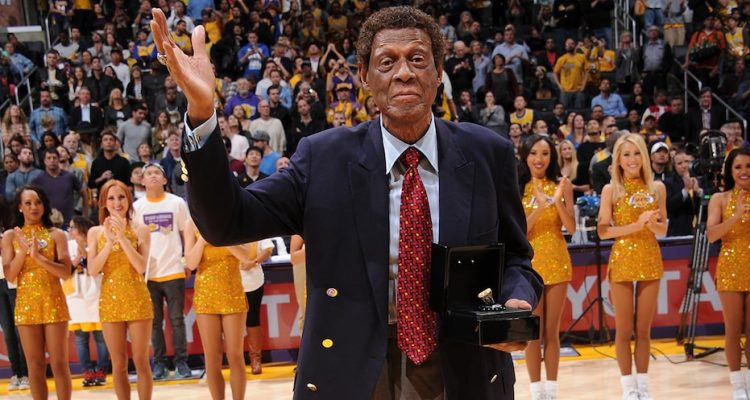 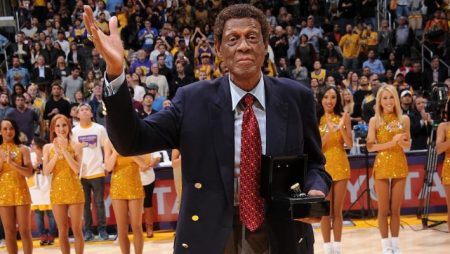 On Monday, March 22nd, 2021 the former Minneapolis/Los Angeles Lakers’ superstar small forward as well as the ex-Los Angeles Clippers general manager, Elgin Baylor, passed away at the age of 86 years old. He apparently died peacefully of natural causes, and he was surrounded by his lovely wife Elaine and his daughter Krystal.

His wife Elaine had this to say in a recently released statement, “Elgin was the love of my life and my best friend. And like everyone else, I was in awe of his immense courage, dignity and the time he gave to all fans. At this time we ask that I and our family be allowed to mourn his passing in privacy.”

Baylor was born and raised in Washington D. C., and he attended Phelps Vocational High School located in the northeast quadrant of the District of Columbia, United States of America. Elgin began playing basketball at the age of 14, but he quickly took to the game as he excelled at basketball immediately. He initially enrolled at the College of Idaho, but after only one season there he transferred to Seattle University.

Eventually Baylor was selected by the Minneapolis Lakers with the number 1 overall pick in the first round of the 1958 NBA draft. Elgin made an instantaneous impact in the National Basketball Association as he was voted as the NBA’s Rookie of the Year in 1959. Throughout his time with the Minneapolis Lakers who soon moved the Lakers franchise to Los Angeles in 1960, Baylor was an outstanding scorer as well as rebounder at his position of small forward.

He is currently one of only four players in the history of the National Basketball Association to finish his career with averaging at least 25 points per game as well as averaging at least 10 rebounds per game. When Elgin ultimately ended his illustrious NBA career with the Los Angeles Lakers following the 1971-1972 NBA season due to a ruptured Achilles tendon, he had racked up some serious statistics. Baylor posted 23,149 points, 11,463 rounds, and 3,650 assists during the 846 games that Elgin played in with the National Basketball Association.

Although Baylor never won an NBA championship during the course of his 14-year long career playing small forward in the National Basketball Association, he was able to manage leading the Minneapolis/Los Angeles Lakers franchise to 8 NBA Finals appearances.

Time as an NBA Coach and Executive

According to Intertops sportsbook these are the odds as of Tuesday, March 23rd, 2021 to win the 2020 – 2021 NBA championship outright.