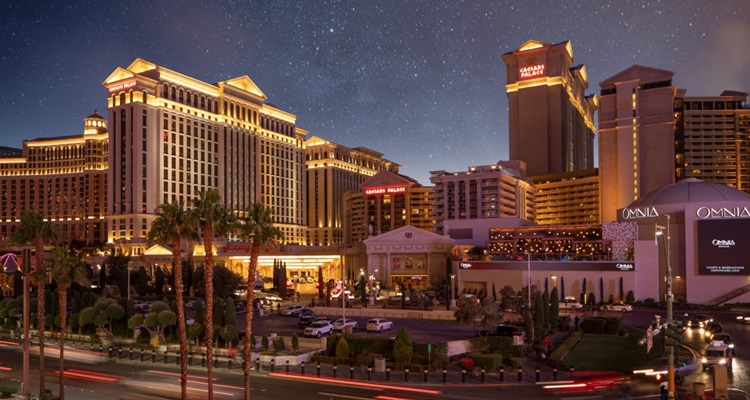 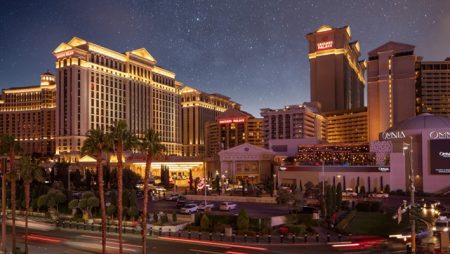 According to the Reno, Nevada-based company’s Tuesday press release, construction on the project will commence in early July, with “the majority of the work” complete by New Year’s Eve.

Included in the renovation are an “extravagant entryway, redesigned gaming areas and a new lobby bar,” along with a ground-up rebuild of the property’s main entrance. Upon completion, “a dramatic and soaring dome and barreled ceiling over a stunning 15-foot tall statue of Augustus Caesar” will greet guests.

Also included in the project are a pair of state-of-the-art gaming pits, to be situated on either side of the enhanced entrance, a new lobby bar, as mentioned, and the “legendary domed table games floor” will be completely renovated as well.

“Completely rebuilding the front entrance of one of the world’s most iconic destinations is no small task, and we’re excited to get started and create a stunning new visual welcome for our guests,” McBurney said.

The company goes on to detail the following changes that will occur during the July through December construction. They are as follows:

More about:  How NOVOMATIC Plans to Combat the Spread of COVID-19 Among Staff and Consumers

Inspired by the Amalfi Coast located along the southern edge of Italy’s Sorrentine Peninsula, in the Campania region, the restaurant took over Flay’s 16-year-old Mesa Grill. Situated right off the casino floor, the restaurant features a 30-seat bar, and 40-seat lounge and a private dining room.

As mentioned, the Reno-based hotel and casino entertainment company also recently revealed that it had been chosen by the not-for-profit Columbus Exposition and Racing (CER) to build and operate a Harrah’s-branded casino and racetrack in the city of Columbus, Nebraska.

The approximately $75 million investment will reportedly see the addition of a new one-mile horse racing track, and feature a 40,000 square foot casino with 400-plus slot machines, 20 table games, and a sportsbook. The property will also offer a restaurant and retail space and is expected to be completed in late 2022.