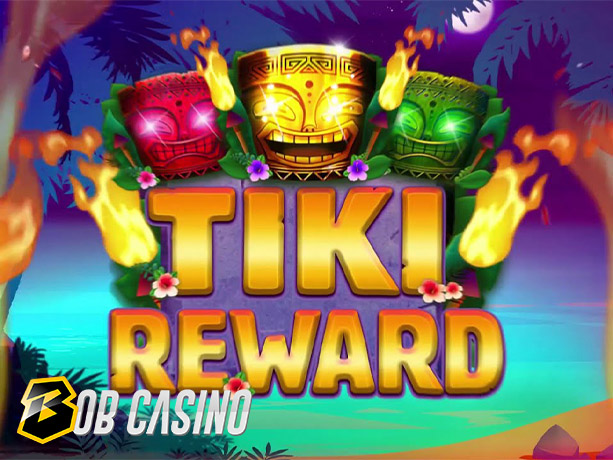 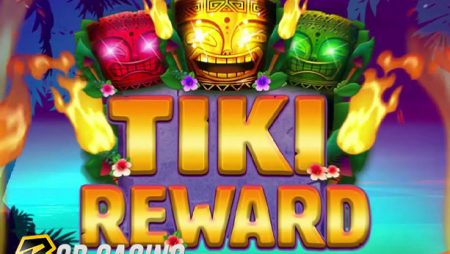 “Today, Tiki Culture is considered by many as kitschy. Although it originally fell out of favor for that very reason, that’s part of what’s given it a second chance today. It’s a small but interesting slice of American pop culture history. And while it’s not something you can find today as easily as you could in the 1960s, you will have no problem spotting it in today’s entertainment.” So is Midway to Main Street‘s line of thought, which we couldn’t agree more with, given the dozens of Tiki-themed slots we have today.

Microgaming Quickfire partner All41 Studios is the latest to pay homage with Tiki Reward. The big question is: spin or pass?

Aloha punters! Time to go wild with the tikis! Play Tiki Reward for real money here or enjoy a free demo below:

All41Studios go for the simple approach here, layout-wise. Players get a 5X3 grid with fifty paylines. Aesthetics-wise, Tiki Rewards looks like the majority of its cousins in the category, with its setting on a sandy beach at dusk. There is just enough light from the setting sun to illuminate the action on the grid before the darkness sets in.

Looking beneath all that, players find a high-volatility math model with a respectable RTP of 96.32% that is backed by a hit rate just above 25%. That translates to a win in every 3-4 spins during actual play, where players can stake 0.2 to 100 units of the primary currency. Features also drop often, which is expected given the way they are set to trigger. We will come to that a bit later.

For now, let’s peruse the ornament–populated paytable. There are those with whales, sharks, leaves, lizards, and turtles, all of which combine with the blackjack fillers to rack up rewards of up to 2.5X. What a joke?!

Watch out for the Tikis!

Tikis can show up with an X2 modifier. That applies to the wins it is involved in.

There are Jackpots as well!

Red, green, blue, and gold tiki jackpots are available at the side of the grid. Each is won when a trio of the corresponding tikis land in view. Asking about the values? Well, nothing to be excited about with the first three since their sum will always equal 30X. The last one is much better, though, since it is worth 1000X. It is also important to mention that the figures will be reshuffled after one of them (or all of them) is (are) won.

The last of the symbol-types in the game are the free spins symbols. Three of them will award seven free spins, where at least one tiki jackpot is guaranteed.

On each round, one of the tiki colors is chosen to be active. That helps increase the chances of walking away with the jackpot since only tikis of the selected color and golden ones can show up on that round. On top of that, every scatter landing here adds one round to the free spins tally.

The thing you will like most about Tiki Reward is the bonus round. Here, the tiki jackpots pop up faster than shows on Netflix, making up for the weak paytable that tries to even out the frequent wins in the base game. Lucky you if you manage to land the big one!