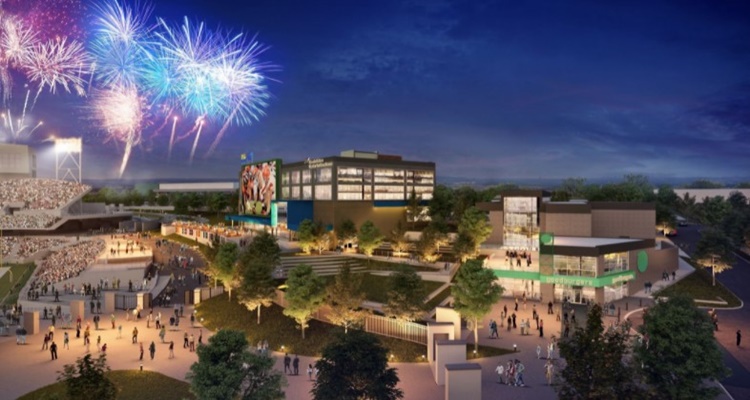 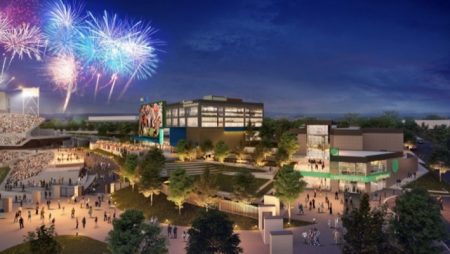 Rush Street Interactive (RSI) is set to bring sports betting services to Canton, Ohio. The company recently signed a partnership deal with the Hall of Fame Resort & Entertainment Company, an entity centered on the world of professional football. The two signed a 10-year agreement and once licensing is secured, RSI will launch a retail sportsbook near the Pro Football Hall of Fame.

The destination will grow in size after adding the sportsbook along with a performance center, Hilton hotel, retail space, indoor water park, office space, and more. The property will include a Fan Engagement Zone, which is where players will be able to access the sports betting services.

Within the agreement, there is a sponsorship section. RSI will be able to use the Hall of Fame’s signage as well as media assets and branding. The Hall of Fame Village is also connected to Hall of Fame members from professional football and legends of the game that could work with RSI for promotion and fan engagement.

RSI Chief Executive Officer Richard Schwartz commented on the new deal by stating: “We are excited to partner with the Hall of Fame Resort & Entertainment Company, a unique sports and entertainment company with exceptional reach in professional football and beyond.”

President and Chief Executive Officer of HOFV, Michael Crawford, commented that as sports betting was legalized in Ohio, the company could see the benefits and opportunities within the industry. The Hall of Fame Village considered several operators but landed on RSI because of the company’s reputation, sportsbook results in other markets, as well as the experience and quality of the team.

RSI has been busy expanding its online gaming services throughout the US this year. Before signing the sports betting deal in Ohio, the brand announced live dealer games in Pennsylvania and New Jersey RSI launched live dealer studios in both states back in September, making it easy for Evolution to offer games to customers in both states.

The live dealer games are offered 24/7, meaning players in either state can log in at any time to play blackjack and other table games. The games are featured at BetRivers and PlaySugarHouse, with options to earn bonus store points for every wager placed.