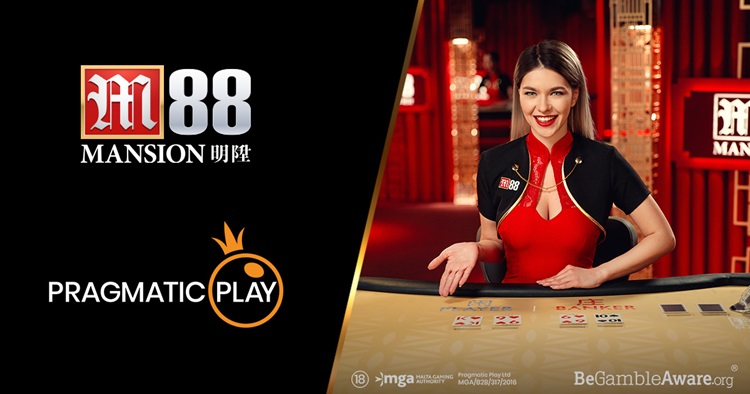 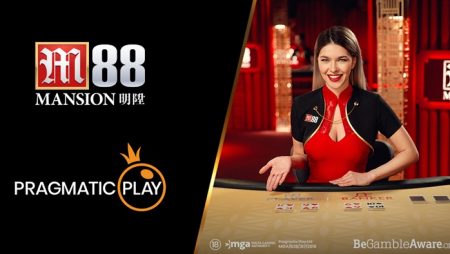 After inking both deals in February, master multi-tasker Pragmatic Play has simultaneously completed the integration of its dedicated live casino offering with Mansion Group Ltd for its Asia-facing online betting and gaming brand, M88 while also taking its slots offering live with BetPlay.

Announced on February 1st and lauded as a “landmark commercial deal,” M88 customers are now able to partake in Pragmatic Play‘s Baccarat, Speed Baccarat, and Roulette live casino products, each of which has been optimized to perform on all devices, broadcast from a state-of-the-art, exclusive use studio in Bucharest.

In addition to customized branding, the eight-table studio designed by the multi-content provider incorporates the most advanced 4k video technology along with immersive sound systems.

Only seven weeks from paper to live production, Pragmatic Play has once again demonstrated the effectiveness of its single API integration, as well as its commitment to creating heightened experiences for its customers across the globe.

Chief Business Development Officer for Pragmatic Play, Yossi Barzely used a company press release to comment on the agreement, saying signing the deal was “a real statement of intent” for them, and they are “delighted” to have been able to “bring their products live so quickly with M88.”

He added that launching the dedicated studio “marks a proud moment” for the company’s “journey to become the leading igaming content provider, and we look forward to growing further with M88.”

Looking to significantly expand its presence in the booming live casino space, the supplier kicked off the month of March by entering into a similar commercial partnership, agreeing to create a dedicated live casino environment for the Unibet brand of Maltese online casino and sportsbook operator, Kindred Group plc.

Pragmatic Play’s live dealer portfolio has grown substantially in recent months, having earlier this month launched its multi-player game ONE Blackjack, which features four different types of side bets, and like all of its live casino products is broadcast from the developer’s Bucharest studio.

Also commenting on the launch, Creative Director for Mansion Asia, Carlos Lopez, said M88’s players are “already as enthusiastic as us about Pragmatic Play’s Live Casino offering being delivered from a dedicated studio, and we’re thrilled at the swift turnaround.”

Courtesy of the deal, the digital sports betting platform’s customers now have access to popular titles such as Wolf Gold and Sweet Bonanza, as well as more recent releases like Juicy Fruits and its nod to Greek mythology, The Hand of Midas.

In addition to its slots portfolio, BetPlay is also able to utilize Pragmatic Play’s Enhance Promo Tools, while boosting the entertainment level for players via its wildly successful Drops & Wins promotional series, which features a massive prize fund of €/£2.5m that will be dispersed throughout the duration of the series.  The network promotion kicked off on February 11th and runs until November 17th, with a whopping €/£250,000 a month to be given away via the Maltese online casino games developer’s Weekly Tournaments and Daily Prize Drops.

Manager for Corredor Empresarial, German Segura, commented on the addition to its online operator, stating they are “thrilled” to be able to add Pragmatic’s “excellent slot content” to their offering, as they “continue to look for growth opportunities.” The new content, he said, gives them a “significant opportunity to capture market share from their considerable fanbase.”

The move aligns with the provider’s plan for expanding its footprint in Latin America, as the online operator is a market leader in Colombia’s regulated online space, as well as being the main sponsor of the country’s National Football League.

Keep an eye open for Pragmatic Play’s next hit title, Power of Thor Megaways, set to drop on April 1st!