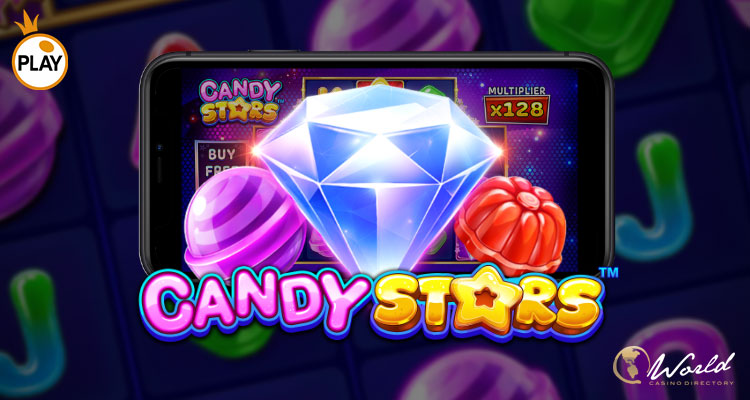 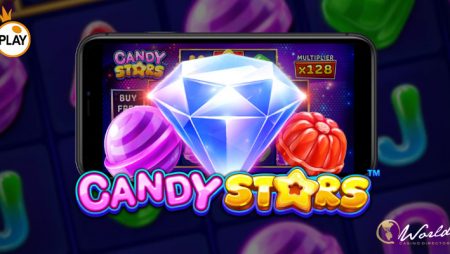 With its latest slot release, Pragmatic Play wanted to capture the beauty of the stars and the glow of the diamonds. The game is titled, Candy Stars.

This sweet treat makes players hungry for triumph, with its symbols portraying sparkling diamonds and sweet candies. To win, players must form matching combinations of the symbols, placed left to right on the adjoining reels, beginning from the reel placed furthest to the left. In doing so, players can set in motion a tumble feature, meaning the relevant symbols are replaced over and over until the time runs out.

Alongside basic symbols, on the top row, are sticky wild symbols, aka symbols that are stuck to the playing grid when they’re used as part of the winning combination, even if the player spins the reels again. Sticky wild symbols roll in with a starting multiplier of 1x in the base game. After each tumble, the multiplier increases by +1, until it reaches its maximum of 128x. The wild multiplier feature provides an exchange of all symbols expect sticky ones, where its applied to any win that goes through it.

More about:  Enjoy spins on Gemmed and Faerie Spells by Betsoft via Intertops Poker Spins Week

The Free Spins bonus round demands three diamonds in combination to activate a free bonus game, where one wild sticky symbol is promised to land on a top row in a random cell during every free spin. Because their multiplier value is doubled (maximum of 128x), combining three separated diamonds or candies, during this bonus round with wild sticky symbols, awards +5 extra free spins.

The game is equipped with a 5 x 3 reel set and 576 winning ways; and with its melodious music represents a very appetizing treat for all participants!

Its portfolio is updated every month with seven new slots and the company is famous for its live dealers, tables, video slots, scratch cards, virtual sport games and bingo.