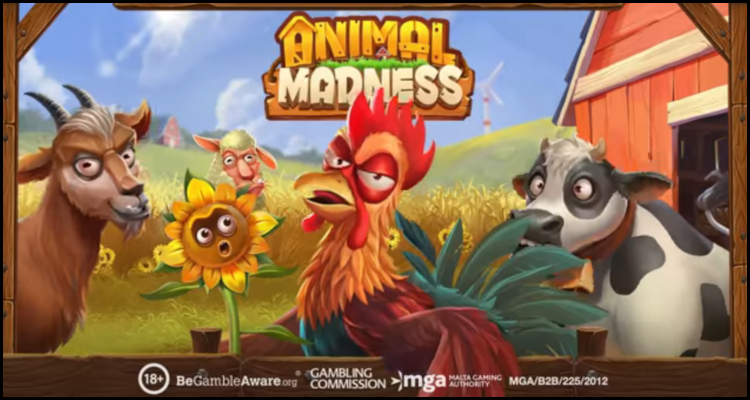 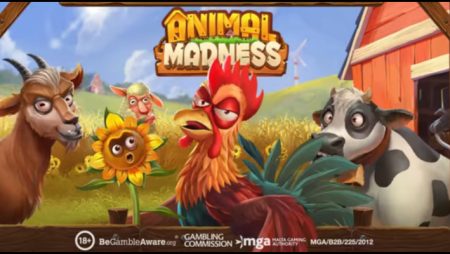 Some 17 months after premiering its Piggy Bank Farm video slot, Swedish online casino games developer Play‘n GO has returned to the farmyard for the theme of its new five-row Animal Madness innovation.

The Stockholm-headquartered firm used an official Thursday press release to declare that the fresh medium volatility title ‘does an amazing job of replicating the hectic nature of farm life’ as players endeavor to take home prizes that could be worth up to 2,250 times their triggering stake.

Established in 1997, Play‘n GO is now responsible for a portfolio of well over 220 titles and explained that its cluster pays Animal Madness video slot comes complete with sheep, cow, goat, and chicken symbols as well as representations of common crops such as corn, tomatoes, wheat and pumpkins spinning across its five reels. The innovator stated that the iGaming title with its 94.23% return to player ratio ‘is perfect for both enthusiasts and newcomers to grid slots’ and challenges such aficionados to ‘spin, match and clear’ these cascading ‘humorous characters’ while enjoying ‘a barnyard backdrop’.

More about:  ICE London 2021 rescheduled due to coronavirus concerns

Play‘n GO divulged that Animal Madness moreover has a sunflower that absorbs all matched symbols removed via the cascading wins mechanic before handing out as many as twelve potentially lucrative wilds. The developer proclaimed that its newest video slot does not offer a bonus game but does feature a randomly-triggered Rabbit Destruction attraction on non-winning spins that will remove low-paying symbols from the grid in advance of retriggering this cascade mechanic.

In addition, Play‘n GO noted that this Rabbit Destruction advance is a feature of the base game in Animal Madness and could even result in an entire row or column is removed depending on the prevailing mood of the willy hare.

Charlotte Miliziano serves as Head of Games for Play‘n GO and she used the press release to assert that Animal Madness features progression that ‘is clear throughout the game’ both in its gameplay and design. She furthermore asserted that her firm’s developers ‘have cleverly tied in the game’s animal theme with the artwork’ with crops ripening and animals waking up as the adventure unfolds ‘much like life on a farm’.

“Animal-themed games are as fun to make as they are to play as they naturally lend themselves to dynamic features like the Rabbit Destruction feature. We already have quite the collection in our portfolio from deep-sea adventures like Octopus Treasures to farmyard frolics like Piggy Bank Farm and we can’t wait to show you more.”