Play‘n GO gets rocking with its new Kiss: Reels of Rock video slot 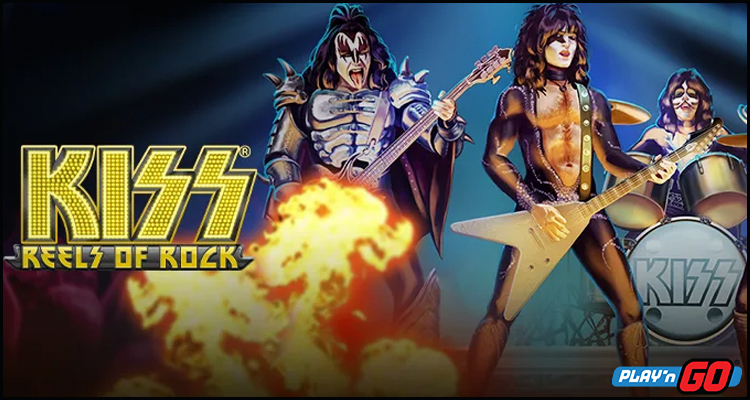 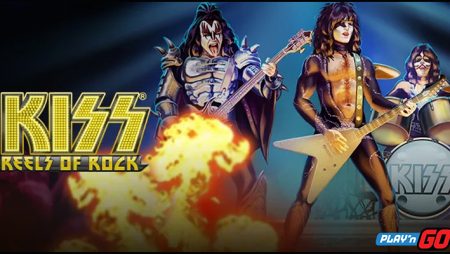 Swedish online casino games developer Play‘n GO has brought one of the biggest American rock bands from the 1970s to the world of video slots via the launch of its new six-reel Kiss: Reels of Rock innovation.

The Stockholm-headquartered firm used an official Thursday press release to declare that its latest mobile-friendly video slot takes players into the world of the four-piece musical outfit so as to experience a ‘concert of a lifetime’. The innovator stated that the colorful title with its diamond-shaped grid also features representations of band members Gene ‘The Demon’ Simmons, Ace ‘The Spaceman’ Frehley, Paul ‘The Starchild’ Stanley and Peter ‘The Catman’ Criss spinning across its reels alongside random platinum record wilds and potentially lucrative airplane scatters.

Play‘n GO offers a portfolio of over 120 video slots and is no stranger to the world of rock ‘n’ roll having earlier released games themed around well-known acts including Annihilator, Saxon and Twisted Sister. The pioneer asserted that its newest ‘epic game’ allows competitors to bank rewards worth up to 50,000 times the triggering stake via the use of wilds, multipliers, and free spins all while being treated to seven hit songs including Detroit Rock City and some very recognizable stage antics.

More about:  Live! Casino and Hotel Philadelphia to officially open from February 11

Adding to the feel of a live rock concert and Kiss: Reels of Rock with its 94.2% return to player ratio and 576 betways moreover sees the members of the band sporting the iconic outfits and unique face paint designs that made them one of the planet’s most recognizable acts for almost ten years. Anyone lucky enough to amass at least three scatters will be given the chance to select between five feature options that correspond to the concert locations of Johannesburg, London, Sydney, Rio De Janeiro, and Tokyo in hopes of potentially triggering the elusive New York-themed Encore Spins bonus where an expanding grid presents up to 4,096 ways to win.

Charlotte Miliziano serves as Head of Games for Play‘n GO and she used the press release to pronounce that even iGaming aficionados who may not be familiar with Kiss ‘are sure to relish the energy this game radiates thanks to the nature of the band’s iconic performances’. She additionally affirmed that the title ‘embodies the environment, look and feel of a real-life concert’ courtesy of synched animations including some pyrotechnic effects that have been designed to heighten the experience and ‘wow the crowd’.

“We’ve loved working on the innovations within this game. The way the lighting animations react to the audio makes this such an immersive experience for the player as it feels like they’re actually at the gig. Getting the animations to react to the audio within the game has been a real achievement and we haven’t seen it that much in the industry, so far.”