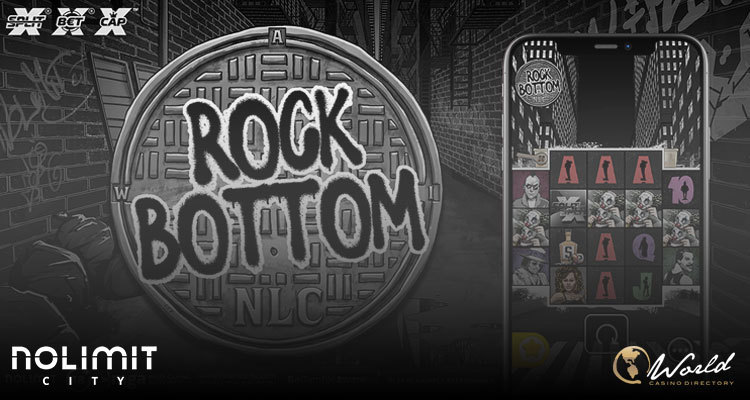 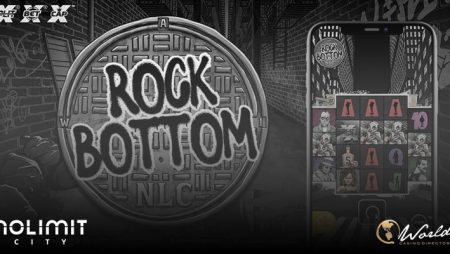 Nolimit City has released a unique slot experience to take players deep into the dark hallways and shady streets of their worst dreams. After the recent eccentric hit releases like Road Rage and The Rave, the game developer has now pushed the thrill of the game to the verge of insanity with the new slot game, Rock Bottom!

The slot’s theme is different from the common storylines ornamented with flowers and fruit waiting for players to pick them up and join the never-ending party. The gloomy plot is reflected in the stunning art style resembling a noir film to suggest that there is no chance to get out of the dystopian surroundings without emotional scars or pain. The game emphasizes the feverish characters that appear throughout the slot to boost the sense of despair and the threatening vicinity of loss.

The chaotic soundtrack adds to the feeling of loneliness and confusion in the virtual world to deepen the frustrating effect, rather than make it hover over the game, just like a nail dug in the wound to worsen the pain. Rock Bottom challenges players to accept the dystopian slot world and get to the bottom to rock it hard and find comfort in the prize waiting for them there.

Rock Bottom features a 3-4-4-4-3 reel setup and a five-stage progression, with symbols and scatters landed at each level. Each level allows one character symbol to expand and cover the entire reel. The bonus features ranging from 75x to 500x the base bet will keep players at the edge of their seats throughout the game.

Further, the impeccable Nolimit mechanics contains features like xSplit®, xBet®, and the brand new xCap™, which renders a completely new opportunity to multiply winnings by 2, 3, 5, 7, or 10 x after reaching 1,969x the base bet. In this way, the feature offers the unique opportunity for the maximum payout of 19,690 x base bet!

The slot is highly volatile. In its world, most won’t make it out of the dark hallways and shady streets, but the lucky few who make their way through the five stages of grief may run for the incredibly high payout to find comfort in the prize that will turn their nightmares into sweet dreams.

Per Lindheimer, Product Owner at Nolimit commented:
”They say after hitting Rock Bottom, the only way is up. We here at Nolimit say it can get worse, much worse! This is a frenetic and highly volatile slot that will no doubt have you doubting your own eyes. Rock Bottom is a shameless Nolimit City release… This world doesn’t take nicely to strangers – so tread carefully.”

The title is officially live as of today!