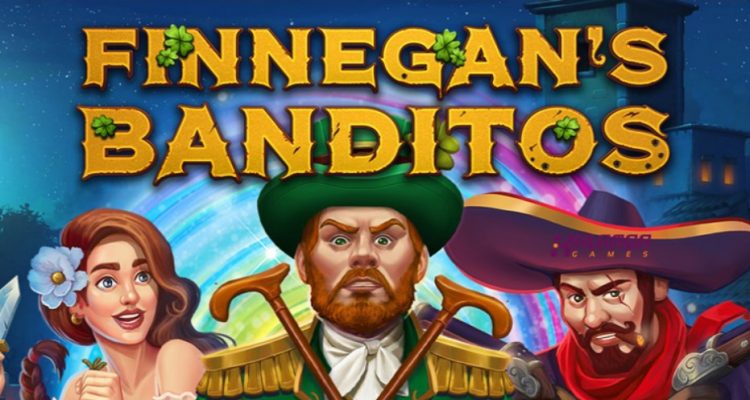 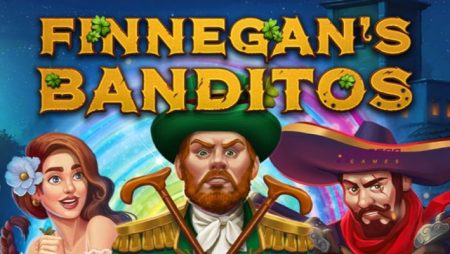 An Irish-themed, wild west slot might seem a bit odd, but the concept works on the reels of Finnegan’s Banditos by Kalamba Games. The slot brings the leprechaun hero Finnegan to life on the reels, as he works his way through the 19th century, entering a wild west world where banditos try to trick him so they can find his gold.

The slot follows Finnegan as he tries to find his gold, with the banditos on the run as wanted posters of the criminals are spread across town. Find classic features like Kalamba’s HyberBonus on the reels along with K-Cash Spins that include four levels of Cashpots and two bonus options.

There is much to explore on the reels of this unique online slot game. In the base game round, collect six or more K-Cash Spins Symbols to start the K-Cash Spins round. In this mode, players can win cash prizes that are attached to the K-Cash Spin symbols.

The special round can trigger amazing prizes including four levels of Cashpots or two types of bonuses. The cash and Cashpot pries can be multiplied as well via sticky multipliers, which increases the overall prize potential of the game.

COO and Co-Founder at Kalamba Games, Alex Cohen, commented on the new title by stating: “Blending industry favorite elements like the Wild West and lucky leprechauns together has allowed us to create a title with universal appeal that is also packed with big rewards and high potential.

“The title is filled with our exciting Kalamba features all blending together to make Finnegan’s Banditos an outstanding addition to our growing portfolio of hit releases.”

There are plenty of features to be found on the reels of Finnegan’s Banditos. The extra spins round is triggered with three or more bonus icons, giving players eight spins of the reels. The slot also includes the popular Kalamba mechanic HyperBonus, which provides access to K-Cash Spins or extra spins immediately.

With all the features combined, you never know what will pop up on the reels. Give the new game a spin today to see what Kalamba has created. The software developer is known for its unique titles and this is the latest of several titles released within the past year.

Last December, the brand launched a unique Christmas-themed title, Joker Times X-mas Edition. The slot is based on Joker Times and part of the Joker Series of Kalamba. The slot features a classic fruit theme with a joker character with up to 21,000x the bet on offer in prizes.

Check out both titles today to see the quality gaming options Kalamba has to offer along with the stand-out theming of its games.