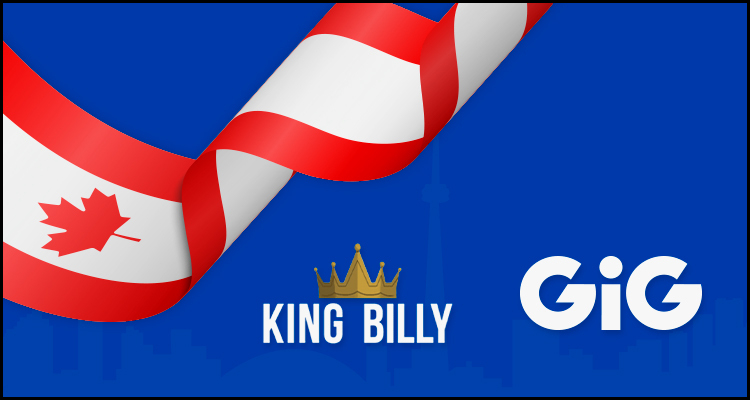 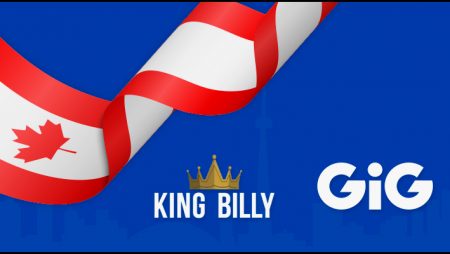 Maltese iGaming solutions firm Gaming Innovation Group (GiG) Incorporated has announced the signing of a deal that is to see online casino operator Kings Media Limited enter the burgeoning Canadian market via the use of its own award-winning platform.

The St Julian’s-headquartered pioneer used an official Friday press release to declare that the new three-year alliance will allow its latest ‘strategic partner’ to launch the Malta-licensed online casino at KingBilly.com into the regulated iGaming market of Ontario. The company also explained that the move comes about a month after its iGaming platform was awarded a supplier license by the Alcohol and Gaming Commission of Ontario regulator covering the innovation’s sportsbook and player account management capabilities.

GiG Incorporated revealed that it is now certified to offer its services to iGaming operators in 22 jurisdictions around the world and is very much looking forward to being able to participate in an Ontario market expected to chalk up approximately $2 billion in aggregated gross gaming revenues over the course of the next three years. The firm moreover pronounced that it has a further four license applications pending with its move into Canada ‘further strengthening its ability to be the technical supplier of choice for those operators with aspirations for success in online gaming.’

Richard Brown serves as the Chief Executive Officer for GiG Incorporated and he used the press release to disclose that the new alliance with Kings Media Limited is expected to go live in Ontario before the end of next summer. The experienced professional furthermore described his firm’s latest partner as ‘a prominent online casino operator’ that possesses ‘a great deal of experience’ while exhibiting complimentary values concerning ‘personalization, responsible gaming and the importance of regulated markets.’

Read a statement from Brown…

“We see great potential in Ontario, particularly when we can harness the operational experience of operators like Kings Media Limited. We look forward to working closer with the team to maximize potential through a successful launch into the market and anticipate this becoming a successful client for GiG Incorporated.”

For his part and the Chief Executive Officer for Kings Media Limited, Volodymyr Harkusha, divulged that his company’s Canadian arrangement with GiG Incorporated may be extended following the expiration of its initial three-year term. The executive additionally asserted that his enterprise now anticipates being able to exploit its latest partner’s ‘significant understanding within the casino industry’ so as to ‘successfully launch and power’ the KingBilly.com domain ‘towards growth in Ontario.’

A statement from Harkusha read…

“In our quest to expand to the exponentially competitive Ontario market, we were looking for an industry-leading and future-ready partner. GiG Incorporated fit the bill perfectly not only by ticking and double-ticking all the boxes but also by impressing us with its clear vision and dedication to the project. We are looking forward to working together with GiG Incorporated on the mutual challenges ahead and we are certain that this collaboration will enable us to gain a significant foothold in the Ontario market.”