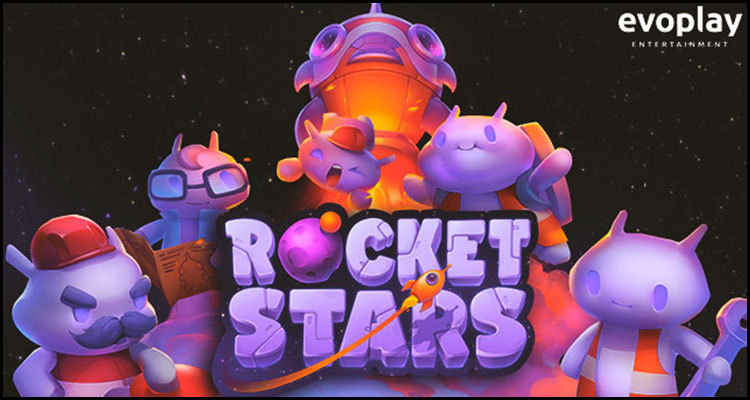 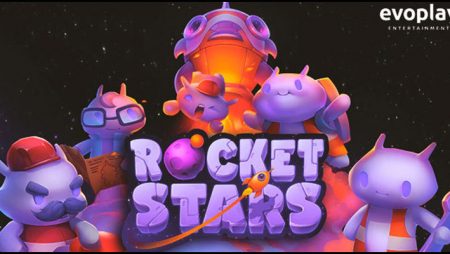 Online casino games developer Evoplay Entertainment has announced that it is keeping up its regular release of video slots via the premiere of its new five-reel and 20-payline Rocket Stars title.

The Maltese innovator used an official Tuesday press release published by European Gaming Media and Events to declare that its latest three-row video slot is ‘full of delightful animations’ and has been designed to take punters ‘on a galactic journey through the solar system’.

Evoplay Entertainment proclaimed that it now has a portfolio of over 80 original games with its new Rocket Stars advance offering players the chance to follow a team of five ‘adorable heroes’ as they attempt to ‘build a supersonic rocket’. The developer stated that these pint-sized characters subsequently invite competitors to go ‘on an interplanetary quest for big prizes’ where they are certain to encounter ‘cosmic scatter symbols, free spins and multipliers’.

Already responsible for the 2020 launches of the Irish Reels, Season Sisters, Rich Reels, Dungeon: Immortal Evil, Animal Quest and Rise of Horus video slots, Evoplay Entertainment explained that Rocket Stars will moreover award scatters to anyone lucky enough to collect a minimum of five star gate symbols or three space gate icons. It pronounced that these will consequently grant access to the title’s free spins bonus game ‘where the extra-terrestrial adventure begins’ or allow players to ‘venture further into space’ via an ever-increasing prize multiplier advance.

Ivan Kravchuk, Chief Executive Officer for Evoplay Entertainment, used the press release to assert that the mobile-friendly Rocket Stars is also its first video slot to come with a cumulative progression system that allows players to save their spot in a game so as to ensure ‘their prize is waiting for them whenever they decide to return’.

Read a statement from Kravchuk…

“We’ve gone to infinity and beyond with our latest slot. Star-gazing players with a taste for adventure are going to love our immersive intergalactic tale and we can’t wait to see it go live. Expect to find supersonic symbols, astronomical multipliers and intriguing characters galore; complete with our cumulative progression system to keep players coming back for more.”