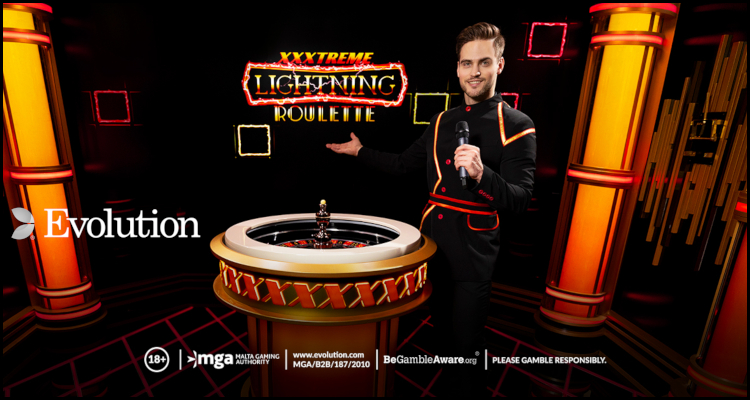 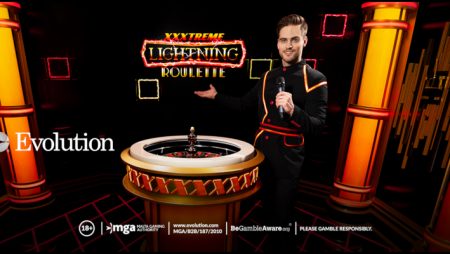 The pioneer used an official Wednesday press release to declare that the latest addition to its extensive Lightning-branded family of iGaming entertainment ‘combines live-dealer gaming with a high pay-out random number generator element’ so as to offer online casino punters the ability to bank rewards worth up to 2,000 times their stake via new and entertaining Chain Lightning and Double Strike multipliers.

Evolution Gaming Limited stated that XXXtreme Lightning Roulette ‘takes the high pay-out potential to extreme new levels’ while mimicking the action in its Lightning Roulette forerunner as one to five roulette numbers offering up to 500-time multipliers are generated. The innovator detailed that from here the Chain Lightning advance kicks with as many as ten betting spots being struck by a virtual bolt of lightning to take the prize probability to even greater heights.

More about:  Pariplay makes its move into the Netherlands; to supply Holland Casino’s new online casino with proprietary games

Established in 2006, Evolution Gaming Limited explained that it is licensed by regulators in jurisdictions including Malta, Canada, Romania and the United Kingdom and offers its portfolio containing well over 50 mobile-friendly live-dealer titles to some 600 iGaming operators around the world. The Stockholm-listed innovator pronounced that ‘the XXXtreme lightning storm’ in its new XXXtreme Lightning Roulette carries on after the Chain Lightning round with the appearance of Double Strike multipliers to possibly raise the ultimate take-home prize by as much as 2,000 times.

Todd Haushalter serves as the Chief Product Officer for Evolution Gaming Limited and he described his company’s Lightning Roulette live-dealer advance from 2018 as ‘the most successful table game in the last 20 years of online gaming’. He moreover disclosed that this triumph subsequently led to the debut of further Lightning-branded titles such as Lightning Blackjack, Lightning Baccarat and Lightning Dice.

More about:  MILLIONS Online is back at partypoker this February

Read a statement from Haushalter…

“Now we are giving players exactly what they have been asking for; more and bigger multipliers. We know there is a subset of players who desire a more volatile roulette game and this is sure to give them the chance for the bigger wins for which they have been looking. XXXtreme Lightning Roulette takes the entertainment and suspense to new levels in a beautiful black, red and gold studio setting that literally glows in anticipation of the dramatic gaming action that awaits every player.”