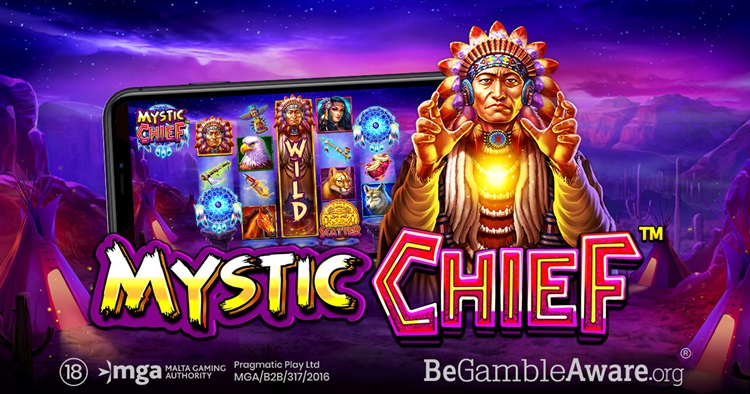 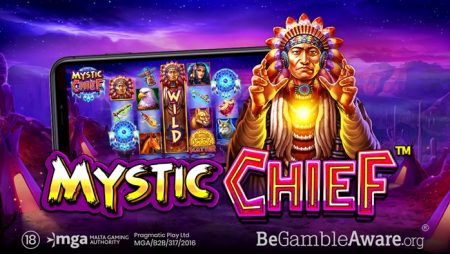 With half of October already in the rearview mirror, Pragmatic Play takes us to a North American desert with its latest title, Mystic Chief, which offers huge win potential, up to 5,000x the bet, and a theme that has proven popular with players over the years.

This highly volatile video slot that is inspired by Native American culture provides players with 576 ways to win and the chance to unlock an extra spins round by landing a combination of symbols.

“Our new title offers a truly bespoke experience that is set to stun audiences across the globe.”

The backdrop for the 5-reel, 4-row game grid resembles the magical Sonoran Desert, where teepees, low scattered mountains and native Saguaro cacti comprise the landsacpe under a glowing night sky.

Here, winning combinations are formed by landing three or more matching symbols adjacently, from the leftmost reel. The game’s paytable comprises low pays including totems, tomahawks, flutes and drums, while mountain lions, wolves, horses, eagles and a woman warrior are the most valuable symbols. Landing five of the premiums is worth 1.5 to 5 times the stake.

Also featured are regular and expanding Wilds, along with a Golden Coin Scatter and Dream Catcher bonus symbols that remain sticky throughout the duration of the extra spins round.

He adds that the new title offers a “truly bespoke experience that is set to stun audiences across the globe, featuring a Free Spins round that can be expanded further to increase the size of wins.”

More about:  Casino expansion legislation in the works for Alabama

The third new title Pragmatic Play has launched this month joins recent hits Piggy Bank Bills, Treasure Wild and the provider’s very first anime-inspired video slot, Starlight Princess, each of which is part of a collection of more than 200 premium HTML5 titles in the supplier’s diverse games portfolio.

Now that the Gibraltar and Malta-based provider has announced the winter edition of its Drops & Wins promotion, which is one of the largest prize pools it has ever fully sponsored, fans are even more excited!

The winter-long event runs from November 17th to February 9th and features a staggering prize pool of €1,000,000 per month that will be maintained by Pragmatic, with a 50/50 split between slots and live casino. You heard that right, the Prize Drops feature is now included in all Live Casino titles!

At the same time, we also received a little teaser about Pragmatic Play’s most anticipated live casino release of the year, Sweet Bonanza CandyLand, due to be unleashed in November. The live casino version of the wildly successful Sweet Bonanza candy-themed slot will also have Prize Drops available to players. And according to to Pragmatic, will “offer players something they have never seen before.”