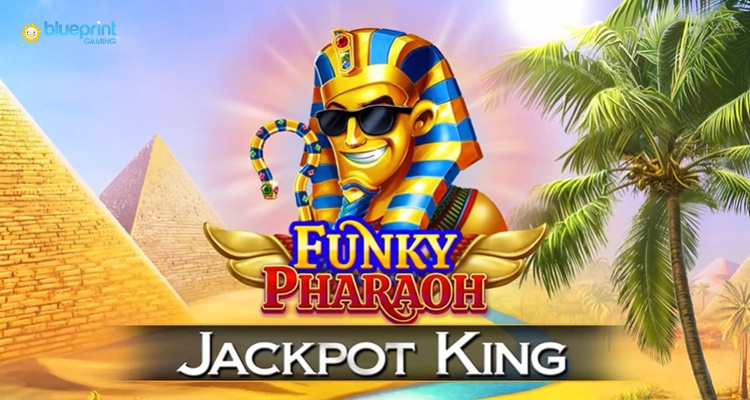 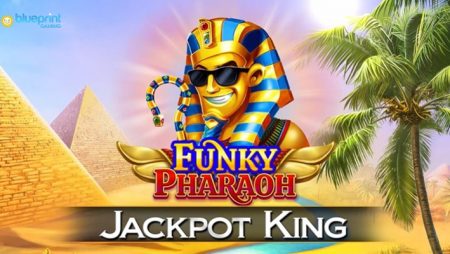 UK-based game studio Blueprint Gaming has launched the latest addition to its popular Jackpot King series of games, with Funky Pharaoh joining other hit releases from the growing collection such as The Goonies Return and Rick and Morty Wubba Lubba Dub Dub.

The omnichannel provider’s new HTML5 game is supported on all devices and targets medium volatility slot and jackpot players while channeling its best Steve Martin ‘King Tut’ SNL skit across 10 win lines. As funky as its shaded game character, the video slot‘s background beat keeps up with its nod to “Walk Like an Egyptian” from The Bangles. The betting range is £0.10 – £5.00 and a 93.04 percent RTP.

Big wins could be in store for players in the game that follows in the footsteps of the Gauselmann Group subsidiary‘s collection of hit releases such as King Kong Cash, Genie Jackpots Wishmaker, and Fishin’ Frenzy, and adds a playful twist to the popular Egyptian theme while keeping it exciting with Expanding Wilds, Increasing Multiplier, Jackpot, Nudges, Respins, Spin Boost, Stacked Wilds, Walking Wilds, and more.

All the action happens across the game’s five vividly colored reels where symbols associated with the genre such as ankhs, scarab beetles and treasure chests must match to form winning lines on the way to a max win of 50000x the total bet.

Helping to get there, landing any of the fully stacked Funky Pharaoh Wild Symbols will trigger the Funky Wild Respins. When that happens, the game’s too-cool-for-school shades-wearing Pharaoh takes one step to the left on each respin and in doing so increases the multiplier each time.

Making its second appearance after debuting in the recently released Temple of Riches slot, the Spin Boost option, which is available on £5 stakes only, sees any win that is £5 or higher make it possible for the Win Spin bonus to be triggered.

Further elevating the level of gameplay, Funky Pharaoh also features the industry smash hit jackpot system Jackpot King, where on any spin players are able to win cash prizes or one of three Progressive Jackpots!

Commenting on the new title that is sure to be a hit, Jo Purvis, Director of Key Accounts and Marketing for Blueprint Gaming, said in a recent press release…

“The Funky Pharaoh has arrived and Egyptian-themed games have never been so much fun – or so cool!

“Our Jackpot King progressive pots are back again to enhance the funky gameplay and hopefully help lucky players throw some shapes with huge wins!”

The latest release closely follows the launch of Temple of Riches, which as mentioned introduces two new concepts, Spins Boost and Win Spins, to assist players on their mission for wins.