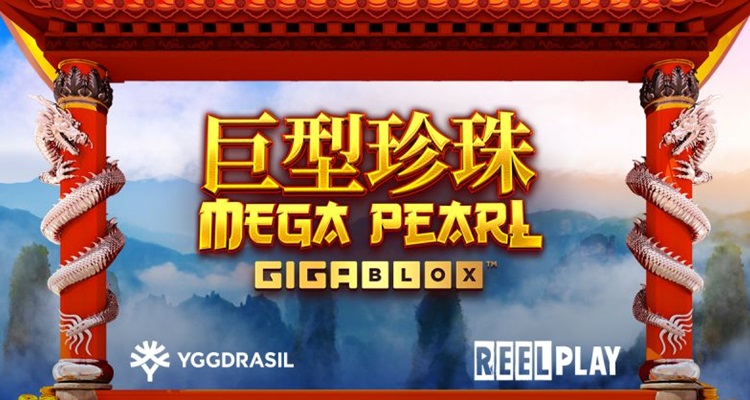 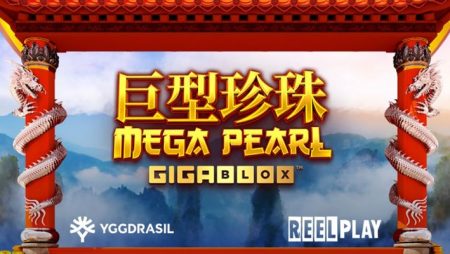 Yggdrasil has published the latest hit from YG Masters partner ReelPlay, with the Asian-themed title, Megapearl Gigablox, powered by the Swedish provider’s GATI technology, and featuring a maximum win potential of up to 16,297x the stake.

Playable on any device, the developer‘s low volatility video slot that incorporates the popular games engagement mechanic (GEM) Gigablox, has a 95.03 percent RTP, while 40 fixed paylines cross a 6-reel, 4-row game grid where winning combinations land. Players will need to hit three or more matching symbols on adjacent reels in order to create a winning line.

Distinctly Asian-inspired, dragons wrap around pillars on either side of what looks to be a temple that is set high in the mountains, and where the reels take center stage. Four Chinese characters comprise the low pays and are worth 1.25x the stake for landing six-of-a-kind and higher paying lotus flowers, lanterns, gold coins and gold sycees are worth 2.5 to 5x the bet for the same six-of-a-kind.

Helping that along is the dragon symbol, which serves as the game’s Wild and substitutes for all symbols with the exception of the scatter, while bonus respins are triggered by landing shimmering pearls. And thanks to the Gigablox mechanic, at least one giant symbol is guaranteed on every spin.

In the base game, landing at least six pearls on the same spin launches the respins bonus round.  When this happens, blocks of pearls can combine to create Mega Pearl symbols.

More about:  How to Stream Online Slot Sessions on Twitch in 2020

Also, depending on the region, players can choose to buy the bonus round but it’ll cost them 80 times the stake. After the purchase, the reels spin and six or more of the pearl scatter symbols land to start the feature.

“We’re very pleased to collaborate with ReelPlay again to launch an exciting, Hold and Win style Gigablox™ title. The licensing of our GEM’s has expanded the potential of the program significantly and we look forward to seeing what further innovations will be created.”

“Megapearl Gigablox™ is another strong addition to our portfolio through the YG Masters program. Combining the popular Gigablox™ mechanic with a rich Chinese theme, ReelPlay have produced an engaging and re-playable slot experience for a wide audience.”

The new launch is the latest title from the Sydney-based online slots specialist released via the YG Masters program, and as stated, the game is powered by Yggdrasil’s state-of-the-art GATI technology, which allows partners to leverage the preconfigured, regulation-ready, standardized development toolkit proven to produce cutting-edge content consistently followed by speedy distribution.

Megapearl Gigablox follows the April release, Rise of the Valkyrie Splitz Lightning Chase, which features Yggdrasil’s trademarked Splitz feature and Bananaz 10k Ways, also from ReelPlay and launched in March. There are currently a total of 26 contributions to the YG Masters program from the Aussie developer.

Low6 Announces Groundbreaking NFT Innovation in its UltimateFan Fantasy Sports Game
9 hours ago
Recent Comments
Categories
Recent Posts
18+
Gambling News from NewsCasinoNew.com is made for the most passionate fans of online casinos and internet gambling. We cover everything: from popular gambling world events and trends to new casino slot game releases and reviews, you will find the latest news stories.