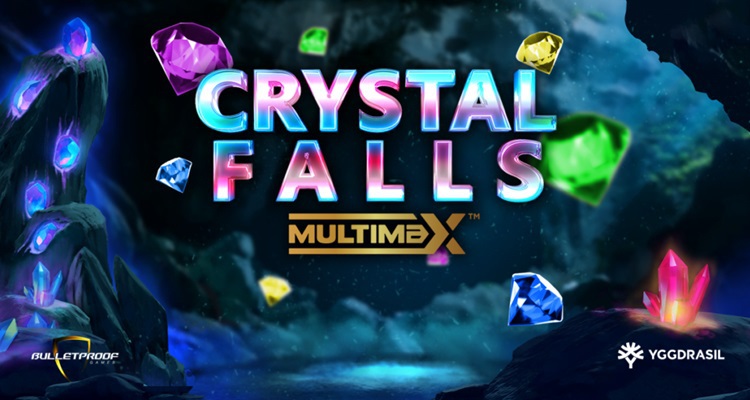 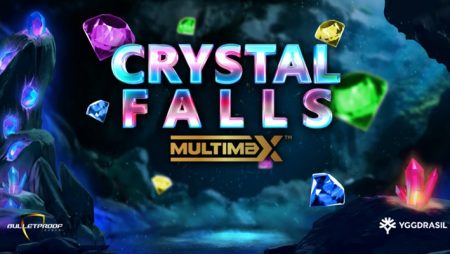 Available on all devices, the new 5-reel, 3-row game grid with 20 fixed paylines transports players deep underground into a dark subterranean world in search of precious gems. Boasting an exciting selection of features, such as cascades and multipliers topping 100,000x, this medium-high volatility slot has its share of payout potential.

The goal here is to form winning combinations and advance up the extra spins trail located on the far left side of the game grid.

Players are awarded coins by landing three matching symbols adjacently from left to right. In ascending value, symbols include single gems in blue, purple, red, green and orange (low pays) along with gem clusters of green & yellow, purple & blue and red & orange (high pays), which pay between £0.20 to £20.00 for 3-5 matches, respectively. The single gem with the game’s logo, is the most valuable symbol, paying out 25x for a line of five.

Wilds take center stage during extra spins, however, they substitute for all symbols in every phase of the game.

The highest paying win on each line is paid. Once wins have been paid, those symbols that were part of any win will pop, with new symbols dropping down from above to replace them. For each pop, the extra spins trail advances one level while with each new spin, the trail meter resets. The trail displays the number of extra spins awarded. The higher you climb, the more spins are awarded, increasing the chances of wins.

Landing at least four successful cascades activates extra spins. When that happens, the dynamic MultiMax game engagement mechanic comes into play. During the bonus round, the individual reels MultiMax increases whenever a wild symbol lands, with each reel bearing its own individual multiplier count. Every win in extra spins is multiplied by the product of all of the MultiMax values contained in the win. What’s more, each time a wild symbol lands, the multiplier for that reel increases by one.

The multiplier count does not reset until free spins come to an end, with a total possible multiplier of 3,125x.

Encore and Buy a Bonus:

If a player chooses to enable Encore, they receive a respin each time the extra spins trail stops on an encore. If they land on a second Encore, a subsequent respin may be awarded, increasing the hit frequency of their extra spins at a cost of an additional 50 percent of their stake. Depending on the jurisdiction, a Buy a Bonus option may be available, allowing players to immediately advance to extra spins.

As mentioned, Crystal Falls MultiMax is the first YG Masters title to utilize one of Yggdrasil Gaming’s GEMs and is one of four offered by the Cherry AB subsidiary. In addition to the supplier’s own titles, the innovative mechanics are also available to YG Masters partners for use in their own game development. Already proving popular, several studios, including Bulletproof Games, have signed up for the offering.

“Crystal Falls MultiMax™ has a very unique and electrifying gameplay experience created from the complimentary MultiMax™ and Cascade+ mechanics. With the addition of the Encore game mode, the player can change the profile of the game to match their preference.

“The exponential impact of the MultiMax™ multipliers in the free spins creates an increasingly thrilling feature where each new free spin is more valuable than the previous resulting in massive win potential. We are delighted that Crystal Falls MultiMax™ is on the YG Masters program knowing that players across the globe can experience this special game.”

For its part, Yggdrasil Gaming Head of Product, Stuart McCarthy said they are delighted with the performance of their GEMs, which take gaming experiences to the next level and they are excited to introduce the first YG Masters title to feature their MultiMax™ mechanic.

“Crystal Falls MultiMax™ brings exciting gameplay filled with cascading wins, huge multipliers and plenty of additional player-centric features. With more cascades leading to even bigger wins, there is huge win potential in this thrilling new addition to our portfolio.”